After Transformation, Mine and Her Wild Fantasy 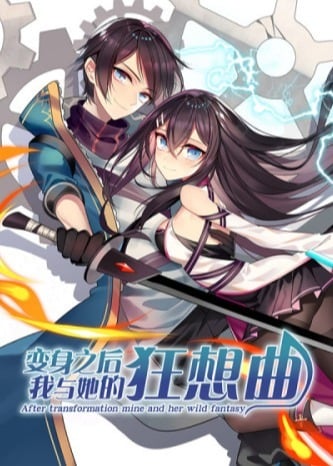 If you're looking for anime similar to After Transformation, Mine and Her Wild Fantasy, you might like these titles.

The new anime will take place in 2020 and will feature an all-new story centering on Taichi Yagami when he is in his fifth year in elementary school. His partner is Agumon. The story begins in Tokyo when a large-scale network malfunction occurs. Taichi is preparing for his weekend summer camping trip when the incident happens. Taichi's mother and his younger sister Hikari get stuck on a train that won't stop moving, and Taichi heads to Shibuya in order to help them. However, on his way there, he encounters a strange phenomenon and sweeps him up into the Digital World along with the other DigiDestined.

The land of Chungwon is in a state of chaos – the government is all but powerless to stop the many rival gangs that each want to carve a kingdom for themselves, the Camillia Blossoms being the most powerful of them. Having seen what terror his fellows are unleashing, Danyoung, a highly skilled martial artist of The Five Dragons, sets out to fight for the people of Chungwon.

You’ve never seen Bruce Lee like this before. In a rare animated Hong Kong martial arts film, the legendary Bruce Lee is resurrected as a god with a third eye who helps a group of good gods defeat some bad demons. “The Story of the Chinese Gods,” also known as “Chinese Gods,” is a 1976 animated film from Hong Kong that is directed by Chang Chi Hui. The film explores a number of Chinese mythological stories.