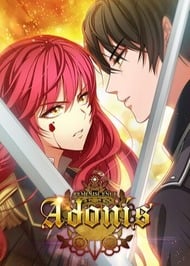 Hmm, I don't really now what to say. I guess it's fine.? It's by no means the best in its genre but it's good enough to pass the time. I liked the characters even though the ML gave some serious yandere ish vibes. I don't find the story itself very compelling. I don't care about either of the characters' motivation since I can't understand it in the first place. The thing that irks me the most though is how there is an explosion of exposition every 2 chapters. I get that you're proud of the world you created and you want the readers to know about it but honestly, it's very annoying combing through mountains of expositions with barely any plot advancement. Just tell us what we need to know or better yet show it, instead of having a bunch of characters literally tell us everything. The exposition itself is very convoluted, I remember mana being the subject of atleast two different expositions and I still don't get it. I think the main reason many ppl like this story is because of the badass MC which I completely agree with. She's awesome. But you can have a good MC and a good story. Sadly this isn't it. I don't usually review anything and the only reason I reviewed this one is because I see a lot of wasted potential. This could've been one of the greats. Still going to keep reading tho. I want to know how it ends.

Update for Ch.169 below If you're looking for a strong female protaganist, you should read this manga. Ianna is a brilliant swordswoman, but not to the point of being a Mary Sue. EDIT: She is a Mary Sue and the ML is a Gary Stu. But still, enjoyable read. I like her flaws and her backstory. When people look down on her, she gets up and proves them wrong. What I like about the romance is that the characters don't dance around each other too much and the relationship progresses naturally. Another bonus is the absence of a love triangle.  Although the protagonists don't officially meet until around chapter 70, the male protaganist, Arhad, still appears enough (not including flashbacks) that we don't forget about him and makes us interested in his character even more, e.g. scenes where he secretly watched over Ianna or visited her when she was hurt by a minotaur. Their "unofficial" encounters are interesting enough to make me like their relationship. They officially meet and recognise each other in around chapter 70, which could be considered a bit slow paced, but personally I think the story pans out better this way and introduces the characters to us gradually. After officially meeting, they see each other a lot more and the relationship progresses even better. The supporting characters are built well and have depth. The fantasy element is prominent and I think the manga has believable world building. The action and fighting scenes are satisfactory. Personally, I think the art is good. I love the colours and how clean it is. Overall, I'm satisfied with the manga; this is one of my favourite reincarnation mangas. I'm excited to see how the story will continue. As of now, it has around 103 chapters. UPDATE at chapter 169, in April 2021: I went back and revisited this review to see if my thoughts still stand, because my thought processes change a lot in 2 years, especially after reading a lot more mangas, which would raise my standards for mangas (for example, compared to a year ago, I give out less 10s than before). I still agree with everything I wrote, maybe except the part about not being Mary Sue, because Ianna is quite OP (overpowered). I want to comment that Arhad is a big yandere. I often dislike yanderes, but for some reason I don't mind his yandere-ness too much in here. I still feel like Arhad and Ianna are a great match (power couple!), and I still like their dynamic. It could be because Ianna and surrounding characters acknowledge he is a possessive person, and Ianna is a headstrong person who can handle things on her own, and can most definitely deal with his yandere ass if she wishes to. There's also the mystery that both could be powerful beings in their previous reincarnations, so Ianna has equal power to Arhad. In a nutshell, they are on equal standings and I like that dynamic. They share mutual strong feelings about each other, and as long as both of them are fine with it, I'm fine with it (though if in the real world there was someone so possessive... you better run away from them fast). I also want to point out that they communicate so well! The author doesn't drag out misunderstandings. They do clash, especially when Ianna's being stubborn and reckless and Arhad returns the favor, but it doesn't last for more than 2 chapters. The fight is resolved well, and they both end up understanding each other after it. Also, slight spoiler:............ Arhad confesses at about chapter 130-something (134 I think?) I still really like the fantasy elements of the story and still find the events that are unfolding interesting. The sparring scenes between Arhad and Ianna are drawn great. I don't get the complaints about how the previous artist is much better than the one after - both still look great to me (I will admit I like the previous artist's style a bit more.) This could be listed as fantasy romance shounen and I wouldn't mind. The only difference between normal shounens and this is that instead of having a male protagonist, we have a female protagonist. Conclusion of this update: Adonis is still a great read to me.

no offense but I don't understand why people like this story so much, I mean sure the art is pretty and the FL is badass but the plot and character development is messy af. In the first arc it was like the author was following the generic plot of reincarnation then suddenly changed their mind and decided to add some weird twist ish to it. the story is just so confusing that I lost interest. don't get me wrong I tried to get into it cause I quite like the idea of op FL but after 47 chapters I just couldn't. 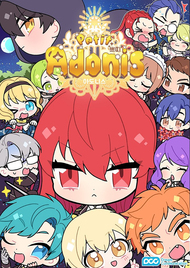