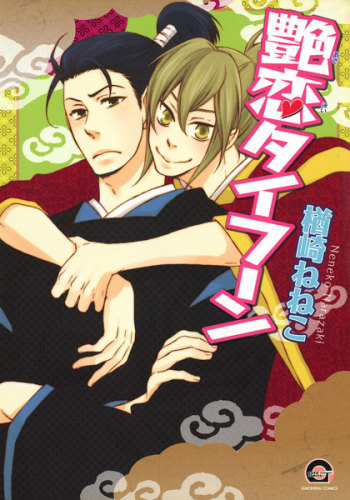 When a man is found lying unconscious beside a river he is carried back to a house. There they call for the doctor, Azuma, to come and take a look at his wounds. Azuma himself has problems with touching other people. Why can't he allow some people to touch him at all? The man ends up being one from Azuma's past. He is now a wanted criminal. Can Azuma prevent him from going to prison?

1941, Japan. Kuramoto Soutaro, the heir to the wealthy Kuramoto family, has returned from living overseas to the country of his childhood, wishing desperately to reconcile with his adored yet estranged childhood friend, Asuma Haruomi, the heir to a family of onnagata in the pleasure district of Tokyo, who has grown into a dancer of beauty and reknown during the years of their separation. Driven by the desire to see Haruomi’s dancing once more, and to finally apologize to him, Soutaro conceals his identity and takes work as a servant at the exclusive restaurant Tachibana, where Haruomi occasionally dances.

Having become the head of a noble house at a young age, Kuroki is reacquainted with his school friend, Arima, at a dinner party. Though rumors are flying about Arima, Kuroki is nonetheless drawn to the whimsical, no-account Arima.

Yani, the young prime minister of the empire of Pisar, wanted to see his dear childhood friend, the beautiful attorney general, Sesaam purely as a friend. But it seems his heart isn't following his mind. On one hand he's facing the facts that he wants Sesaam as his lover but on another hand he didn't want to destroy the trust he had build for years with Sesaam due to his selfish feelings. Then, all of a sudden, Sesaam told him he could have sex with him...!?

Aoi reunites with his old friend Takahiko, who was sent to war. Takahiko's family ran a kimono business for generations, but he was a selfish womanizer and they disowned him. His charisma made it hard to hate him though, and he and Aoi spent a night together... Afterwards, Aoi feels alive again, but although they're living together, Takahiko won't touch him......

Set in Japan during the 1920s, Mitsuyaku is the story of two childhood friends from very different walks of life who grow up to become lovers. Yuuichi is an ambitious type from humble beginnings, working his way towards success. His beloved Iori is the scion of an important family -- a beautiful, dark-haired creature with a gentle nature. Unfortunately, one of the aspects of belonging to an important lineage is marriage. Will the hero have the guts to stay with the love of his life, or will he succumb to his family's pressure to shore up the dwindling finances by marrying rich?

Ao is a lonely young man who grew up with wealth. Shion is a boy who grew up surrounded by a loving family. As children, Ao and Shion believed they could stay together despite their different backgrounds... but as they grew up into adults, Ao became the lord of the land, and they grew apart. As fate would have it, it turns out their ancestors were bound through a "binding ceremony," and now it's their turn. The ceremony is only for show? or at least that's what Shion initially thinks. Even though he won't admit it, his heart races on their first night as a wedded couple. And the ceremony won't end until they consummate the marriage. Shion tries to resist, but in the end, he lets Ao have his way with him...! They come from different classes and backgrounds, but their love begins with a ceremony that started way back with their ancestors. Perhaps someday Shion will understand why Ao chose him.

Masatsugu Hanamura and Kuniomi Takakura are both Japanese nobility and heirs to two separate marquis families. As childhood friends and rivals, they live hedonistic lifestyles. Their pastime is a friendly competition where they place bets to see who can win their target’s affection first. Then one day, Kuniomi makes a passionate confession of love to Masatsugu and…?! What will become of the life-altering bet between these two beautiful men?

Osananajimi to Hajimete no