Alt titles: My Butler, Not Lover, Obedient, Not Pure 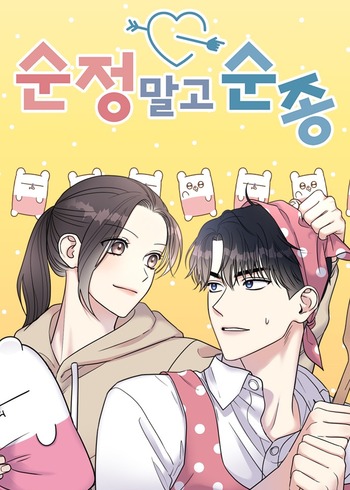 Kyosuke, Madoka, Hiraku & friend go on a vacation to the beach, staying in 2 cabins, boys in one, girls in another. It's basically Kyosuke & Madoka get together, & Hiraku flirts with the blond guy friend. Then, Kyosuke & Madoka go night swimming with dangerous results.

As Miss Beelzebub Likes It.

Banished from Heaven, Beelzebub rules over Pandemonium where former angels that turned into demons work. One day, Beelzebub gets a new attendant named Mullin. Beelzebub seems wise and cool... but she's actually a girl that loves fluffy things! Mullin is shocked at this revelation but still tries to get closer to Beelzebub every day. They are surrounded by various other unique and clumsy demons, and in this story might be about the demons giving a certain emotion a name... maybe.