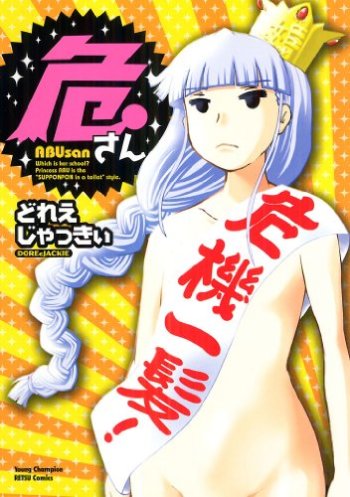 Nana Shimazaki, is a manga artist, but her work doesn't sell well. She's dead broke, without even enough money to pay for AC. Just when all seems lost, she finally gets a request for a commission, but somethings a little different about this job...

Shinjirou's brother is a brilliant scientist whose chosen career is making weird cell phones. Shinjirou has received a gift of his brother's latest product, the Doll-Phone, which is a walking, talking, tiny girl who doubles as a cell phone. But he can't help feeling that a phone like that seems kind of perverted to use...

Wrestle! The Under Ground

The organization known as “Gigant” has sent one of their best men to kill a cute young high school girl. However, the assassin seems reluctant… Why did he get these strange orders? What’s the secret behind that girl?

Fuuka Esumi is definitely not an ordinary fifth-grader: with the height of 163.5 cm, weighs 50 kg, and a body figure of an adult female, she sure causes a lot of misunderstanding and embarressments.