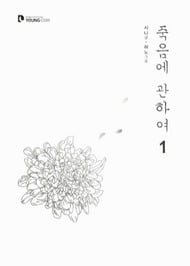 955 users are tracking this. Log in to see stats.

About Death is one of those amazing webtoons that I tend to go back to every once in a while to check if it's still as good as I remembered it to be. After going back 3 times, I can still say that it's as great as on my first time experiencing it. Story and characters The greatness of this series is built around a simple premise, which might sound familiar to those who have watched Death Parade: people who died, and remember or talk about their lives. When you die, you meet God, who will lead you to your reincarnation. On the way there, he will talk to you, to judge you or just to hear your story, he will inflict pain or give you a second chance... God is a whimsical being in this manhwa, with mood swings like humans. And that same God is a being that guides people, showing the way in life and death alike. This makes him one of the most interesting characters in the series, even without hearing his story. Most of the stories are quite simple, and they're all short: every episode brings new characters, and thus new stories - although there are some exceptions, where a character is shown twice. Some will argue that this makes them less strong - they would be wrong.  The stories in About Death are all so consistently powerful, packed with emotions (get those tissues ready!) and thought-provoking that it would be absurd to lower the score "because it's episodic". The simplicity of the stories makes them easily recognizable, and the characters who star in them relatable: even if you only "meet" them once, they are interesting, and you will easily recognise their emotions. However, it should be noted that lots of the stories have deeper meanings to them: the author has thought very well about the place death has in our lives, about the consequences of death, about the way people deal with loss, and about the regrets people have at the end of their lives. Some of them also have some unique twists, to stop the recipe from getting stale. As for the stories being too short: some will say that you a certain "length" is needed to create a bridge between characters and readers. I'd reply to that by saying that this manhwa perfectly uses the principles of "show, don't tell" and "a picture is worth a thousand words" - length is unnecessary when the story is handled by capable people. The last thing I'd like to say about the stories is that they're not always sad. There are also happy endings, where people accept their second chances in their old or new lives. If you're going to read this, be prepared to get thrown from one emotion to the next. Art The art is quite simplistic, but I liked the style a lot - you can tell a lot about the personality of the characters by just looking at them, while they don't have generic looks. The way "the afterlife" and "the world of the living" are portrayed in different manners is a nice touch too Sound This might be a header you don't expect in a review for a comic, but it does belong here: on the official website there's background music to accompany the webtoon. It's a nice touch, and helps strengthen the atmosphere - even if it's not strictly necessary for the manhwa to be enjoyable. Overall This is a nice, rather short webtoon about life and death, which can be read for free at the official website - with some nice background music as a bonus! In other words, there's no reason not to read this, and I strongly recommend About Death to everyone here!

So, about death... Story: At the border between life and death, someone is waiting for you... "How would I had time to think about death when I haven't yet figured out life...?" About Death is a collection of poignant conversations on the inevitable rhythm of life and loss. Art: All in all, the art isn't that great. It's pretty mediocre in fact, but it matches the story. It's realistic. Characters: Every single person who met their end had their own reaction. Each and every episode features the struggle, regrets, and emotions of humans. There was a lesson to be learned in every episode. I really like episodes 4 and 20. No, chapter 20 was definitely my favorite, that man said some very meaningful things and didn't cry one bit. Overall: 4.5/5 stars About Death is a webtoon that you wouldn't call bad or good. It's either boring or enthralling. I read this in one sitting and I regret it, I wish it were 100 or so chapters. I know it would never get boring since each individual chapter is about a different person. And not all people are the same. What I really love about this webtoon is that it makes you think. It's much more complex than it appears to be.

In the opening, The Ultimate (a.k.a. god) is much more shapeshifty, but fe seems to largely settle on the form of a goateed man as the default. Each chapter basically consists of someone waking up in the empty space that exists post-death and interacting with the god. The god basically just lets them vent and emotionally work through their regrets and lingering attachments to life, saying hearing about their lives helps alleviate feir boredom, before leading them to the Hole which will lead to their memories being wiped and them being reborn. Sometimes there are reunions between loved ones in this void before they all pass on, sometimes there is some pain-giving to those who've done wrong, and sometimes the people were just experiencing a near-death experience and go back to the world of the living having learned a lesson about priorities and thinking about others. The first several chapters are all fresh and some of the plot twists and poetic lessons are unexpected, but the last half starts feeling repetitive. And I also don't really care for some of the moralizing, particularly the "equal opportunities," lift-yourself-up-by-the-bootstraps type of vibe. The storytelling was largely well-written, however these people seem far too comfortable stepping into oblivion. It's implied that the only people stalling the journey into the Hole are those wanting to meet up with loved ones or who feel they don't deserve to stop suffering (ch. 8). Personally, I fear death. Death means ceasing to exist. I know I would much prefer to continue existing even if it was alone inside a void (I find boredom preferable to not existing), so I find it strange that there are no characters who absolutely refuse to accept their own second deaths. Though, obviously, there's no reason to believe that there's a transitory stage between physical death and oblivion, so there's no reason to think that dying without regrets is somehow a better death than dying with regrets (as this manhwa suggests). It doesn't matter how you spend your time while alive--death is equally all-ending for everyone, and living without regrets doesn't mean you can (or even should) accept your death once it arrives.