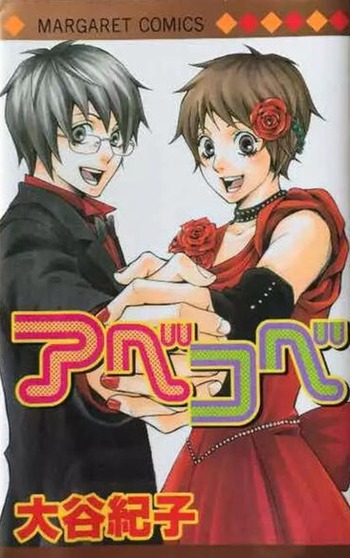 Sakura Ai has always loved sunflowers, as they appear like the sun, which incidentally also was the name of her first crush, Taiyou, in the 3rd grade. From since then, Ai has never had another love and has also become quite introverted, but after meeting a guy with the same name, somethings will begin to change…

Mizuki is in love with her senpai, Yamato, because he is the one that saved her from hunger when she was dieting by giving her a small piece of chocolate. Still, getting close to him is so hard when Ryou, his best friend, is around. How will Mizuki be able to confess to her beloved senpai?

Asahina, a member of the library committee is made to supervise her kouhai, Hayama, who is on probation for hooking up with a fellow student. As time passes, they become friends and maybe more...?

Nanase, a polite, a little old-fashioned girl, got a boyfriend for the first time. He, a pure and kind guy, is a good friend of her brother. However, both of them have no idea what they should do next... For Nanase, holding hand would be too embarrassing, and 'date' is something mature people would do.

Kana is always full of vitality, and her nickname is "rabbit." She feels, however, hopeless longing for Yuji, her senior.