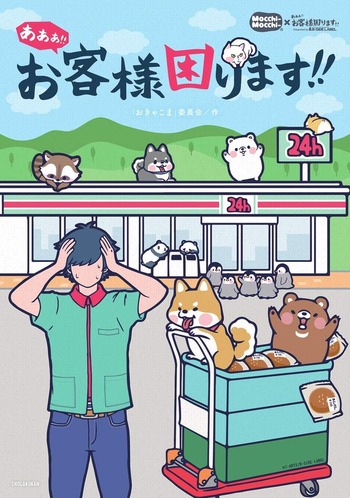 This is a comedy that exhausted people give rise at a convenience store late at night. In Japan, recently overwork has been a worrisome ploblem but in order to survive there are not many ways to go around it. Maybe the weary ones can be liberated from their everyday lives by a blunder cased by their fatigue. Will convenience stores ever get to fall asleep?

The anime features characters with human bodies and fish heads as office workers at an IT firm.

The fifth season of Aggretsuko.

Imagine your co-workers–a lion, toucan, and lizard! Hey it can happen right? Africa Salaryman is a comedic take on office life of three African jungle animals who could be your potential co-workers in corporate America. It’s full of ridiculous office place antics and hilarious scenarios, that keeps things quite entertaining, while the animals cope with their working environment.