A Villainess for the Tyrant - Reviews 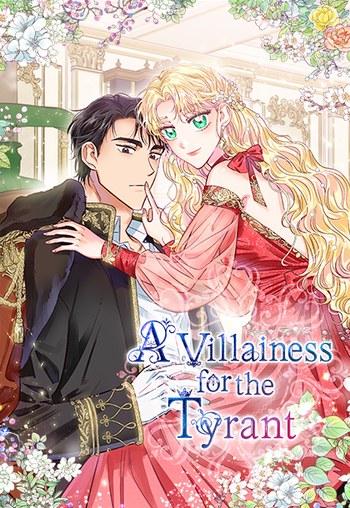 Wow, this is one of those very few instances where I found that the reviews were really generous with their ratings LOL. I had high expectations but got a whole lotta nothing HAHA. Don't get me wrong, this story has its charms but the author introduces so many ideas only to deliver the absolute bare minimum at the end.

No cohesion whatsoever. If you're looking for a good villainess story with a deeper plotline run away as far as you can cause this is the exact opposite of that. There's a lot of details that the story introduces early on that's meant to build suspense. However, those details become so insignificant with the way the author ties things up. For example: oh shit the ML has this crazy power, what could possibly be the history behind that? Spoiler: you're going to get like a brief flash back, and at the end the power just disappears. You would expect to get some juicy details regarding his trauma, and how he deals with losing his power, and how people view him with his power now gone right? But nah, all of that gets swept under the rug. This remains a consistent theme with all the major plot points.

And because of this, none of the characters ever became well developed. What little information that was given to us was definitely not enough for me to grow attachment for any of the characters. I'm very emotional and so give me a proper explanation behind a character's trauma and I'll be shedding tears like it's nothing. Unfortunately, I didn't have that with any of the characters. I finished the story and I don't even recall any of their names LOL.

Another big thing is that this story really takes advantage of plot armor and ties together loose ends through the power of the MC. It just progressively gets worse and so if you hate it when stories buff up the MC to miraculously fix everything just cause they're the MC, you're going to hate this one. I wish this story just stuck to the comedic route rather than introducing tropes and ideas with potential only to half ass it in the end. If I was 12 I would've probably thought this story a masterpiece. But if you're an older audience that reads stories for things beyond just the romance, this is going to disappoint you.

The romance in the plot was alright. The love progression was fair and wasn't too outta left field. There's a lot of romance and fluff, and so if you like romance scenes you're going to enjoy this read.

The author pulls a Naruto and a majority of the side characters have their specific pair. And so if you hate 2nd ML syndrome and like it when everyone has their OTP, then this is going to be your jam.

The characters are charming but nothing special. I like them cause they're funny but beyond that they're very flat characters. As I mentioned previously, no real attachment towards any of them.

ML: He's a typical super strong Duke. He has unrivaled power and authority, and he kills people off whenever he feels like it. He loves our female lead and will do anything and everything for her. Ya know, the typical trope.

FL: She's a mary sue LMAO. Dont get me wrong, I love her cause she's adorable but she is definitely a mary sue. Also she's not a real villainess. She's a softie pretending to be a villainess due to the role she has to play to survive the political climate. The mc power is real strong in this one. Our villains don't have a chance.

Special side character (minor spoilers): This story features the writer of the story to be isekaied into her own novel. She takes on the role of a Saintess and plays the role of an antagonist.

Antagonists (spoilers): Theres multiple antagonists in this story and some of their roles become blurred as the story progresses. However, as a whole, the antagonist role in this story is very lacking and mindless. They're definitely just there to make our FL look good. They're nasty but have no deeper story to justify their nasty behavior. Stereotypical antagonist through and through.

Side characters (spoilers): There's a lot of side characters and they all have their own stereotypical tropes. They're all quite charming and because they were very comedically driven I enjoyed their presence.

I would say it remains pretty consistent. What you get in the beginning is what you get at the end. The art style was alright. Not ugly but not gorgeous.

Overall Would I Recommend?

Truly a hilarious, intriguing manga that stole my heart immediately.

Story: Cecil is married off to an emperor tyrant, Estian, who turns out to be handsome (no surprise there).  He explains to Cecil that to trick his enemies, she basically needs to act like a spoiled b!tch that he's head-over-heels for. When their plan goes into action, I nearly died of laughter. Cecil is excellent at acting like a villainess.

Art: It reminds me of how those older mangas are drawn but upgraded and colored. It's really nice.

Characters: I love the FL so much.

Overall: Do I need to spell it out for you?! For me, this is a gem. A diamond in the rough. I suggest reading it.

Love love love the craziness  of these two! And this is the only manhwa that I've read so far that has the possibility of having 3 COUPLES! I'm so excited for the prospect of knowing we're only getting the story of the main leads but also the love story of two other couples!

@Author, please please do not disappoint us. Give us 3 love stories!

I must say the male and female lead is interesting. Because they're both C.R.A.Z.Y ._. but I love their synergy tho. I don't have any much to say cuz I'm not good at giving review but once you read it, you know what I mean >o<

This is so interesting since the very beginning. The story is gripping and never boring at any point , with full of surprises.

I really love how none of  the characters are  pathetic or irritating anywhere.. The plot is really promising and I hope for more chapters soon.