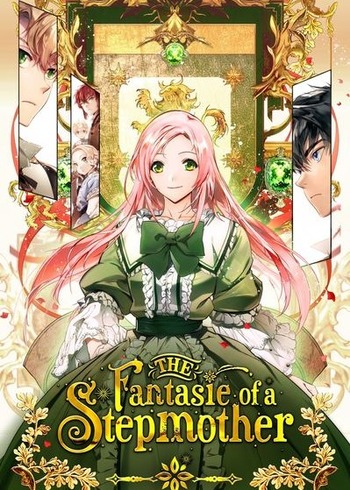 (reveiw at 22) currently really enjoying this. the artwork is fantastic in my opinion and i love the whole king and duke theme 's and have alway enjoyed reincartation or in this case woke up at 16. The story is about making better choices in the future based on her last life to be a better stepmother and not fake mom to 4 children one being not to far in age at 13.

There are quite a few comics similarly involving a person's death causing them to go back in time--giving them a second chance, but with their memories about the future to help them. Most of the ones I've read have the death be the result of bad life choices, and have preventing their death be a primary motivator. Not so with this story. Shuri's death seems to have just been a fluke bandit attack (not caused by any mistakes on her part). Instead, her major regret is not being invited to her stepson Jeremy's wedding. So the second time through, she's determined to be a better, more caring stepmother to her four children--the type of stepmother they'd want to invite to weddings.

She's still basically a kid herself, being only sixteen. Though she had already been married to Johannes for a few years before he died and left her in charge of the Neuschwanstein family. Not that this was normal or anything. People definitely looked down on her for her age and inexperience and were certain she would fail and run away from her responsibilities. Last time around, she was able to scrape by and fulfill many, if not all, of the basic necessities required of her. But this time around, she can make it look easy. It's fun seeing her surprise the adults around her with competence and wisdom years beyond her apparent age. And it's heartwarming seeing the children slowly begin to trust and rely on her, and even care for her as a mother. And it looks like we'll be getting a reverse harem as the story continues, so I can look forward to feeling that who-will-she-choose anticipation that we all know and love.