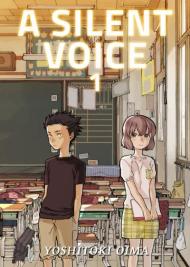 I've watched a lot of anime but I haven't read much manga. I think this might have been the first one I actually finished. I became interested in it because of the themes of disabilities and bullying. I really enjoyed how realistic a lot of the events, characters, and emotions were. The story follows a guy, Shoya, who bullied the deaf transfer student in sixth grade, Shoko. Due to his bullying and the bullying from the other students and even the teachers in a way, Shoko transfers out and Shoya goes from being the bully to being bullied. Shoya spends the next several years alone until he tracks Shoko down to apologize, after which he plans on committing suicide. However, he changes his mind and begins to reconnect with old classmates, ponder what makes someone a friend and what being a friend means, and become closer to Shoko.  Although some scenes may be a bit exaggerated, it's quite realistic, at least, I would like to think it was slightly exaggerated.  The story included many different points of view. Shokos fathers family who thought being deaf was the mothers fault and ultimately wanted nothing to do with a deaf child and ommitted her and her mother from the familiy. The elemntary school teacher who thought it was unfair that he and his students had to put up with a deaf girl believing Shoko was a burden. He thinks she should have just gone to a school for disabled children instead of forcing the regular school to put up with her and her needyness as if she was bothering them on purpose. Shokos mother was the type who didn't want to learn sign language, considered it inappropriate to sign at the dinner table, tried to use "tough love" to make Shoko stand up for herself and become stronger, and seemed uncaring. She actually wasn't such a bad person though. Some of the high school students underestimate Shoko or don't want to deal with it but they don't make fun of her. Some still hold grudges or believe themselves to not be a part of the circumstances. Some regret how they treated her and want to make up for it. Overall, I thought the characters were well developed according to their role and also verry realistic.  What struck me was how the story seemed to be told without a lot of bias. It tried to show each character fairly by showing their good and bad points. Shoya for instance was a terrible bully, but he was just a kid. He was later bullied just as bad and he was living with the guilt and regret of his actions. It just goes to show than bullies aren't always bad people and they have their own hardships too. I think it also tries to show that those who bully the bully are no better than the bully. Bullies are still human and they are hurt just like anyone else. The consequences of bullying can be quite serious for all parties and it's not black and white...even though manga is...bad joke. Anyway, there was very little I didn't like. I can't say one of the things without spoiling part of the story. I kind of wish it hadn't ended so soon too. I wanted him to go with her at the end too. Those are really the only issues I had though. It was really easy to read and undterstand though. There's not a lot of big action which is good because I have a hard time following the pictures when it's got a lot of action. Who says what was easy to notice and how the words were said was clear. The pictures made sense and I could almost alway tell who was who just by looking at the picture. It's an easy read full of emotion and a well developed story. It also attracted me because of my own experiences. I was bullied pretty badly by students, teachers, etc when I was young too and I often think about it. Eight years later, about a year ago, I recieved a email from one person who had done some pretty awful things to me. She apologized and seemed to regret what she had done. According to the author, A Silent Voice is based off a true story, or at least the emotions and feelings so it's no surprise that some people are able to identfy with it.

First of all. Up till the very finale I loved manga a LOT! However finale is very... disapointing. Very bad. Story up till that point - great! So keep in mind - story with exception of finale - 10/10. With finale in mind - 7/10. Art. This manga was released on weekly basis and with With my knowledge of how manga is being done,I'd say quality of art is very good. Characters look unique, distinct from each other. Backgrounds are good, all looks crisp. Not a single complaint there. Story. Even though some people would say that those kids are horrible and it could never happen in real life (I'm refering to first chapter and one-shot prequel in here when we have flashback of what Ishida did to Nishimiya), I kinda would like for those people to try to remember what was their status back in school and with whom they hangout. If you were a geek, if you were not very good in socializing, if you weren't athlete and holy Yuno and Revy help you if there is at least one disability on you... I'd say manga shows the whole conflict and bullying very softly. I enjoyed a lot all of those developments Ishida went through in this manga. To be honest this could be a good example of giving chance to anyone. Even to horrible people like "kid Ishida" was. Not going into what they all went through because it's pretty much what manga is about. Ending however... lets just say - ending is the most disapointing part of entire manga and I seriously hope anime will fix it! I saw similar approach to ending in one anime. Hated it there too. Spoilers incoming!!!!! In the end there was literally 0 resolution of growing romance subplot and I think there was even a time jump... I hated that romance subplot going nowhere in Hyouka and now this... first I thought it'll be something like in Peeping Hole and Toradora where romance interest just... disappear for couple of years, but in the very very end we see main love birds finally coming together. Here - nope. They just opened door to a future of some sort... I want me some conclusion, some resolution! :(  Bottom line. Everything, but ending was great! But because of ending - 7.5/10 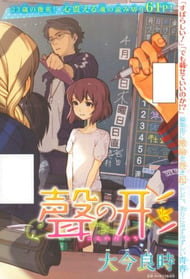 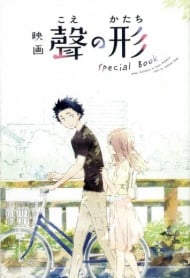 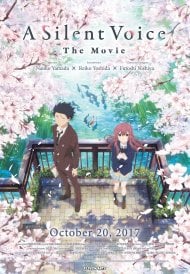 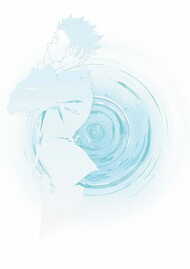