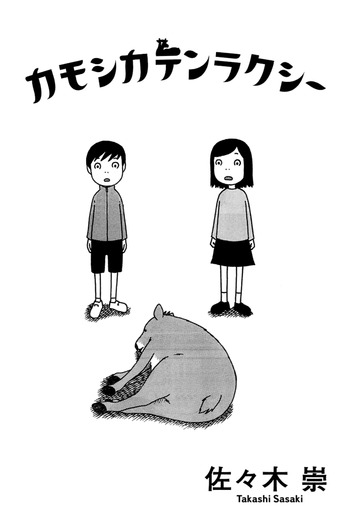 Through the seasons, the kids of class 5-2 manage to keep themselves entertained, whether they’re searching for summer pill bugs and attempting to find a way to race each other at the pool, or mourning the tragic end to “Leaf Satou-kun” when he falls off the balcony. But while the cold winter snow encourages vicious snowball fights, the warmth of spring brings about a change of pace in everyone... well, almost everyone.

Since the trip to the great cathedral in Romalia has been cancelled, the students at Tristain Academy are heading to the beach for summer vacation; though when they arrive, both Saito and Guiche are disappointed at the girls' reserved swimming costumes. Luckily, help is at hand as Principal Ottoman just so happens to have located a large chest full of seductive swimwear in an aristocrat's manor and orders the young ladies to change into them! With the boys attempting to con the girls into wearing even skimpier bikinis and Louise hoping to secure a moonlit stroll on the beach with Saito, it's sure to be an eventful summer break for the Tristain students.

The "apartment comedy with laughs and tears" centers on a 4-year-old boy named Satou Kotarou, who moves next door to Karino Shin, an unsuccessful manga artist. Kotarou has no parents and lives alone. Not only does he seem to earn a living, he actually seems more put together than his own strange neighbors.

Chika, Matsuri, Miu, Ana and Noboe are back, and ready for more slow-paced misadventures! All Noboe wants to do is get a job, but the obnoxious and interfering Miu will not have such a thing. Meanwhile, Matsuri is being taught to be a leader with the help of a… horse head?! Ana can no longer hide her Japanese-talking secret, the whole crew mess around with bunny ears and lion costumes, and trips to the library and school abound. It’s just another day in the life of these friends!

Chiko, Ana, Miu and Matsuri are back once more for a variety of misadventures. When Miu declares she wants to be an idol and then knocks herself out, she awakens in between the realms of Heaven and Hell with her friends as guides to the underworld. Beyond that the girls deal with prank calls and do their best at independent study, amongst other things. As always, they have plenty of fun in the process!