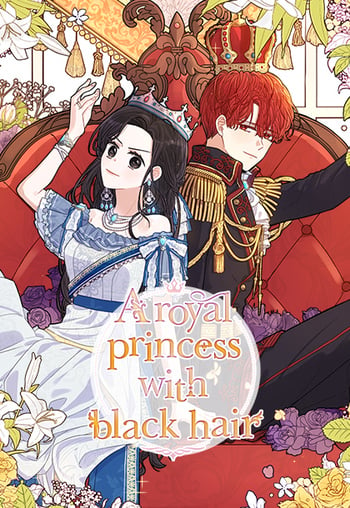 I definitely recommend reading this. The MCs are hilarious, and their couple moments are incredibly cute. The first handful of chapters especially had me in stitches. (Actually, now that I think about it, the whole cast is fun to read.)

The female lead is... basically the opposite of what you think about when you imagine a royal princess. BUT, she is more than capable of faking those traits - she's already been shown being bashful or weak when it suits her.

The story definitely has hints of darker undercurrents - the jealousy of other nobles, for example - but is overall very fluffy. Mainly because there is nothing out two MCs can't deal with together. Unlike in "normal" royalty stories, all those undercurrents come from outside the palace, not from within the royal family, which is a nice change.

If you're looking for something light-hearted, with a strong, independent female lead, a bickering couple or something with occasional fight scenes, swordplay, and magic, this is for you.
Also, royalty! (which is always a plus) with all its advantages but none of the disadvantages. Even the standard jealous-girl-tries-to-bully/sabotage-the-female-lead trope is handled well, imo. Did I mention that all scenes including both MCs are comedic gold?

10/10 would recommend. I'm definitely rereading this soon, this is a gem.

It's so refreshing to have characters in this "let's get divorced but don't fall in love with me" trope act like three-dimensional people with personalities and motivations outside of their role. The female lead is strong and independent and the male lead isn't unnecessarily infatuated with her from the get-go. Both of them have their own strengths and weaknesses which aren't complete plot cheats. Personally, I think it's lazy writing when you give characters too much power because everything becomes too convenient. I mean, what's the point of worrying about them?

Also, I fuckin love slow burn fiction where both characters are unaware of their feelings for each other. This manga knows how to build rapport between two characters without making one or the other creepy (I'm looking at you, otome isekai genre) or too weak (Abandoned Empress-esque). Romance is important but so is establishing their identity apart from each other, which is often overlooked in isekai / romance manga.

The princess is cool, she's like a big sister figure. The prince is not a jerk, he's sensible. Together their interactions are gold.

There are also some other interesting characters.

There's this side story inside it that is quite magical.