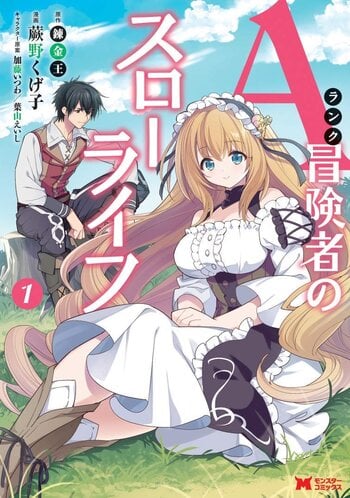 If you're looking for anime similar to A-Rank Boukensha no Slow Life, you might like these titles.

Adachi and Shimamura, two young women who attend the same high school, are inseparable friends. Whether playing table tennis, chatting about favorite TV shows, or just relaxing together, they're happy to share their days. When Adachi's friendship turns into romantic attraction, the relationship begins to change, one day at a time.

A great war has raged for years between the scientifically advanced Empire and Nebulis, the realm of magical girls—until the youngest knight ever to receive the title of the Empire's strongest meets the princess of the rival nation. Though they are sworn enemies, the knight is taken by her beauty and dignity, and the princess is moved by his strength and way of life. Will the fighting between them ever be allowed to end?