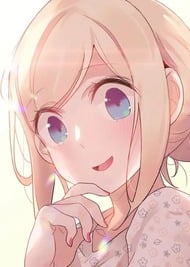 Let's just say Jinwoo and Seyoung got off to a rocky start. Not knowing Seyoung would be living in a company dorm with a male employee, her direct superior at that, she barged into his room thinking it was hers. Her timing couldn't have been more inappropriate as Jinwoo was in the middle of his pleasure time. Embarrassed and nowhere to hide, Jinwoo's life was headed towards misery. However, little did he know Seyoung was no ordinary rookie. She had her own dirty little secret...

Story A manhua about masturbation!? Seriously, that's what it's about. The theme gave it a unique start, but after the first 15 chapters, it feels old and repetitive. However, around chapter 20 or so, the story begins to evolve beyond just masturbation and more into the relationship side of the story. That is where it gets more interesting albeit nothing extraordinary. Watching Seyoung and Jinwoo's "temporary" boyfriend-girlfriend relationship develop is enjoyable. The pranks and the teasing between the two of them throughout is entertaining and even humorous at times. Alice Crazy does a good job of incorporating and developing their work life, social life, and cohabitation life. Art The art is very consistent and well-drawn throughout. Colors are not "popping," but they are appropriate for this type of story. Naturally, all of the character's "tid bits" are whited out, but there is clearly enough attention to detail in everything else that it is quite easy to know and understand what is happening from chapter to chapter, scene to scene. There are elements of a "possible" mixture between well drawn 2D characters and certain settings and 3D backgrounds, which I cannot confirm completely. Regardless, this means that the overall art and look is higher on the quality side. Characters Seyoung is nothing short of sweet, charming, attractive, sexy, and clumsy; the latter leading to awkward perversion at times. She happens to be severely perverted and Androphobic, which is ironically amusing when paired with Jinwoo. Please note that when I say perverted, she is possibly the biggest pervert I have read in manga or seen from any anime. Speaking of Jinwoo, he happens to be a nerd who is perverted too. He even has a mischevious side to his character. We get to read and see this when he makes Seyoung do "certain" things, more often than not in a sexual way. Although he is not shy, he certainly is nervous around Seyoung, even when they are in a more formal relationship. The only major disappointment is the development of the other minor characters. Heck, even more characters in general would add a depth to the manhua that could make it an even better read, assuming that said characters would not be added and/or developed for the sole purpose of perversion, masturbation, sex, etc. Seyoung and Jinwoo have got that covered!  Overall Better than I had anticipated once I got passed the first third of the chapters. Although it is quite perverted, there is an alluring charm to Seyoung and her relationship with Jinwoo. This would still be an enjoyable read if all the Explicit Sex was removed and left more to the imagination, in addition to adding a few more quality characters for some added diversity. The over-the-top 18+ content can, at times, detract from an otherwise solid sex-based, relationship-based manhua. Enjoyment Score:  8/10 Chapters: 42/56 1️⃣Weighted Average System Score: (15 + 18 + 21 + 16 = 70/100) 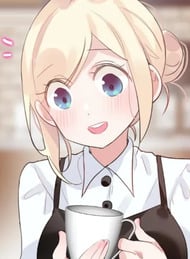