A Man of Virtue - Recommendations 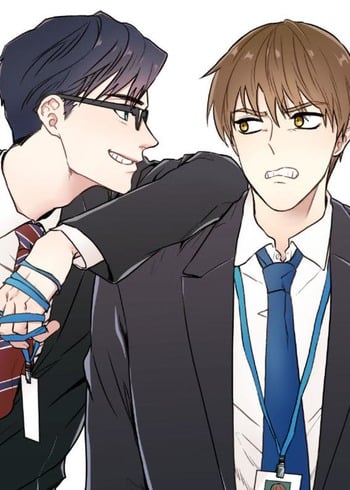 Being unemployed is annoying! The collar is more annoying! ...but, would he get used to that collar?!

"Who could love someone like you?" These few words spoken to Hyun in high school have haunted him ever since. Unable to succeed in either his career or his relationships, Hyun sets all his hopes on one final job interview. But upon arriving at the office, he comes face to face with Myungook, the source of his past trauma... Now on the same team, they'll have to work out their past issues first. Can the two heal old wounds or is this relationship destined to go down in flames?

Who you sleep with, or why, how, when, how often – your sex life is no one’s business but your own. But this is Nora’s story, and we’re just glad to be along for the ride. Your average Korean girl in her late twenties, Nora has decided to go against the code of general female conduct. She’s out to experience love, relationships, and cultures not her own, but according to her own rules. Swiping in her underwear on her couch? Check. 7am booty calls? Check. Dipping the proverbial toe into some light BDSM play? CHECK. Join Nora as she learns about the world and herself one swipe at a time.

Kyuho Je wants out. Hot, rich, and with a plan, he’s looking to get out of his family’s multinational mega corporation because, seriously, business is boring. He’ll need help to make more money quick - savvy money launderer Kangha Nam (codename: Smurf) is perfect for the job! But it’s not easy keeping Kangha close with paparazzi and family constantly on watch, and Kyuho will need more than kidnapping and contracts to keep him in his grasp. Will he get more (and want more) than he bargained for?

Studying abroad in the US, Dojin has experienced his fair share of unexpected surprises. New schools, new people, new roommates. However, of all the surprises, Dojin never expected to catch his roommate’s handsome younger brother, Taehee, jerking off to him in his sleep?! That’s when the scandal began…

Young expressionless worker falls in love in his co-worker, a sex-shops' addict.

Hajoon has been crushing on Eun-woo ever since they started college together, but he hasn’t had any opportunities to get close with him. At least they have a class together this semester: a lecture taught by the popular Professor Seo Joohyuk. Hours after the first class, Hajoon remembers he left his assignments in the classroom. Upon reaching the lecture hall, he becomes witness and accomplice to a series of private lessons Joo-hyuk is giving Eun-woo—lessons that unleash his own deepest, riskiest desires.