A Girl on the Shore 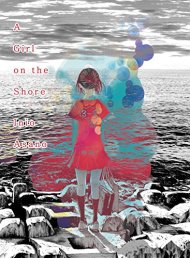 When Koume and Keisuke's relationship begins to take shape, it is apparent that they are both searching for something. Maybe Keisuke wants something more than a kiss from the fair Koume. Maybe Koume is looking for someone better than Misaki, the local playboy. But what they find in each other over the course of a summer might be far greater than anything they were expecting. Their lives are going to change. And this will all transpire before high school exams!

"A Girl on the Shore" First of all: this is my first review ever. I'm writing this because, after reading this piece of art, I need to share my opinion about it. This manga is simply one of the best things I've ever read. Really. The entire opera is about a painful, full of sorrow, story of something like "love". This lovelike thing, during the story, grows; It begins dirty, bleak, afwul. You'll read, you'll see things unthinkable, things that will make you say: "Eew! Gross!". But, 'cause there's a but, you'll find so much woesome beauty. Beauty that simply transcends the mere meaning of the word itself, this beauty is something that simply grab your heart and squeezes it until you'll sense it. However, how can I describe you the sensation wich I'm talking about without mentioning the artwork? This manga is really well drawn. The art made by Inio Asano is simply full of lightness, almost fragile, and the art has to be light to be beautiful. Sequences are so poethic and full of pathos. They drive you to see, to discover, and feel deep the intimacy of the characters life or actions.  Talking about the character is a thing that I prefer not to do. But I'm sure that you'll love them, hate them, cry, laugh, or whatever will be in your chords because they are so human for better or for worse. And this is a damn important thing. Anyway, if I could give you an advice: stop reading this and go to read "A girl on the Shore". It's a real masterpiece and it will leave you something inside. It may be like a punch in the belly, a caress, a sensation of disgust, or maybe you'll shed a bittersweet tear for this truly artistic experience.

I don't read a lot of manga and so after finding this gem, i felt it was worth sharing my thoughts of this great piece of art.First of i will mention, this is a 18+ manga, it does feature some nudity and adult themes, don't be put of by this though, it isn't your boring run of the mill harem, it is a perfectly well told story, mature and serious.So i got this series in a shop, honestly i brought it just because i needed something to read and thought the title was appealing (seriously, the title was all that brought me in). The story is about Koume who was used by her boyfriend and Isobe who has a negative view on the world due to the way he has been treated through life and more over, due to more personal circumstances (i wont go into this for spoilers). The story follows the two as they start a sexual partnership together despite their less than positive opinion of one another. The story is well told with a relatable feel to it as characters feel rejection, emotional damage and a sense of longing which wont always be recieved. What makes this manga is partly down to just how well it follows Koume and her feelings, to herself, the people around her and of course, Isobe, equally though, this isn't something she will realise very well herself. Isobe is of another nature, he liked Koume but due to her lack of interest he resigns to it not going anywhere. Isobe however has a lot more going on in his life and some of it is quite dark, his constant rants about killing himself and his online discussion was really touching. As the series develops, Koume's realisation to his rants is also brilliant. The story and brilliant characters really come together in telling this brillaint story, but i also love this story feels so unique, it isn't affraid to touch on these darker area's but the ending was something else. I admit, it didn't really end the way i wanted it to, in fact i was very sad the ending didn't go how i was envisioning it in my mind but there was more to what people might realise in the events which lead up to this ending, and it really goes to show some characters devotion, even if this wasn't obvious. The art is something i don't touch on too often as there is generally little to say but i will say this, i love the drawing work here, not only is the art really nice and well done, it always has a dark or light feel to it and really sets the mood and feel for the situations as they happen. Truly a read worth your time, as mentioned, it is a more adult theme story and the book does have a nice 18+ sticker on the back so it does contain fair bits of sexual content, as mentioned, don't be put of thinking it is just boobs, it isn't, it is a serious story.

Alright... I mean, the artwork was amazing and the character design was cute but, I didn't really like the main characters, they were a bit boring and didn't seem really happy about having sex which I found a bit uncomfortable reading and seeing them not have much expression.  my favourite character was Kashima for sure although he hurt Isobe badly, I found him cute and low-key just trying to get the girls to look at him as a grown up guy and not a little boy. I also love how much passion he had for Baseball, it was refreshing to see as I feel like the other characters didn't really have any motivation to study, go to school, or have a hobby.  the actual story was a good plot, showing the ups and downs of being friends with benefits with someone, however I feel like it wouldn't been even better if the characters had more emotion. I felt bad for Isobe, about his brother it was upsetting and knowing that he is suffering too but it really helped with his character development. I got a bit confused at the end of the manga but other than that it was a pretty good short manga overall: pretty good