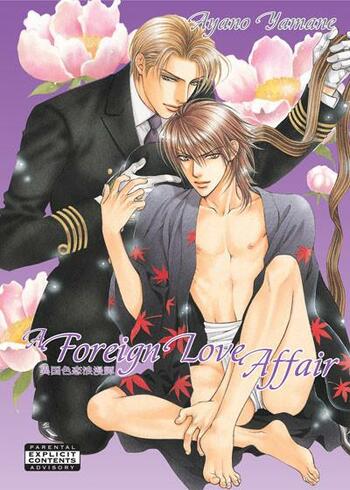 It was a quick read and sometimes it kinda rushed but it all smoothed out at the end. Though I felt the need of a longer version.  I loved the kinagashi wearing Ranmaru and I totally agreed why people feel attracted to him. He was such a cutie and softie and so well protected from all the outside cruelty that it's just laughable. He was like a damsel in distress But Al protected him. And I loved him for that.  It started out a bit rough and I was not getting a clearer picture of what was happening but it all came out okay at the end. It was like an insta love of Alexa Riley. The character of Al as an Italian captain suits well within the story. Overall, a good and quick read.

Trigger Warnings: one count of rapeA Foreign Love Affair is a one-volume manga following the story of a yakuza clan heir and a cruise ship captain. After a one night stand on the yakuza's wedding night, they meet once more in Italy and begin a whirlwind romance.This was, surprisingly, an incredibly sweet read.At first, I wasn't sure where I stood with it. It started off with rough artwork, a quick-paced storyline, and no discernible plot. I didn't know where it was going or what the author was planning to do with the story and I found myself very bored very quickly and left it overnight.When morning came, I decided to come back to it. If I didn't like it, I didn't like it - it was just another one volume read towards my reading challenge. However, I found myself glad I came back to it. Almost straight after the first two chapters of this manga, we go straight into the cute side of the story, the sweet affair and the characters developing a relationship. Of course, this was rushed within the book and we don't get to see much of it developing. I feel like perhaps doing this story as a two-volume piece would have suited it better and paced the storyline better than it was done. The characters' relationship changing and developing was something I was looking forward to, but we didn't get to see much of it. Rushing aside, the storyline is still enjoyable and smile-worthy. The artwork seems to level out more and seems to get better after the first two chapters as well which is something I do love to see. It becomes much clearer rather than what seemed like a draft that hadn't been lined and the such, and it was a bit hard to focus on the story. Perhaps this was just the scan I read of it - however, I've noticed a few people have a complaint with this, so perhaps there is an issue with the original print.Mild spoiler, trigger warningOne of my main qualms was the use of rape in this. Understandably, it helped to move the story along slightly, but I feel like there could have been something different that Ayano Yamane could have used throughout this scene instead. One thing I found I did like through this scene, however, was that it was not between the two main characters. I've found the yaoi genre tends to use rape between the MCs as a form of messy romance, and she managed to stay away from this trope quite well.It still would have been nice to have a sweet read such as this not using a trope such as rape for character/relationship developments. EndA Foreign Love Affair has a lot of really good traits, but because of all those listed above, I can only give this three stars. It's not the best manga/yaoi that I have read and it never will be in my opinion.The ending is well done, it closes up fairly well and it's not hard to try and guess what will happen after this book ends. The characters develop a little too fast, but it's still not as rushed as you would expect it to be within similar one-volume mangas. Both MCs were developed and almost seemed human, as though you could run into them on the street.I do wish there was another volume to this, maybe even just a short one-shot giving us a little insight into how they get on after the volume. I would enjoy seeing more from these characters, but alas, the author seems to have completely shelved this.With all said, I was glad to have chosen to read this despite my qualms with the first two chapters. It managed to surprise me, which doesn't often happen within yaoi with all of its tropes and problems. Even with said issues, listed throughout the review, I would definitely recommend this to other yaoi fans who enjoy plots this explores. It was fun; I did get a giggle throughout it with the chuckle worth humour. 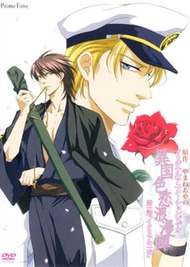