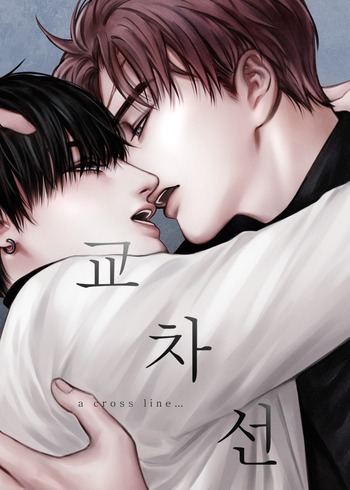 A writer suffering from writer's block, and a world trapped inside his head. This was an Interview he never wanted, and definitely not one he expected.

Money builds up over time. Time builds up when blood flows.

Eight participants, 100 days, and a shared pot of money amounting to 44.8 billion won (around 38 million USD). This is Money Game, a reality TV show, where participants try to spend as little as possible to walk away with as much as they can. Marooned in a specially designed TV set with nothing but a set of clothes and a rule book, every item they purchase is 1,000 times the original price. How much money will the participants manage to keep?

Where Is My Heart Going?

At the funeral of Soha, the lover who died in an accident, Do Yeol meets Go-eun, the old friend of his lover. At first realising that both of them were people who love Soha, act wary of each other, and Go-eun who misses her too much. Do Yeol soon asks the other to talk about the story of Soha. The two of them meet up in Soha's room and decide to talk about what they knew regarding her. Do Yeol soon gets too involved in the talks, or maybe because of the alcohol starts mistake Go-eun for the lover and embraces him...!

Your Eyes, My Words

“Every day, I ravenously awaited those 30 minutes”... Hwane is studious, careful, and serious. Jinha is popular, cool, and fun. They seemed so different, and yet, throughout high school, they secretly met up for silent, passionate encounters. Hwane treasured these moments—until he is betrayed by Jinha’s denial of him to their classmates. It haunts him even into adulthood. When chance brings them back together, will it restart their hot love or will they both be burned in disaster?

Woo-yeon has come to in a very compromising position in front of the people he loves. How is this possible? What’s going on? And why is his brother, Woo-jin, whom he detests, here? This isn’t right, it has to stop. But who’s in control here? Is this all a dream? This is no ordinary family dinner…

As a male prostitute in the slums, Je-oh is at the bottom of the social hierarchy. A pawn among pawns. Sure, he's tried to break away, but each attempt has only left him with more wounds. Until one day, he gets rescued...by a serial killer who kidnaps him along with his pimp. The killer, Seong-rok, is on a mission for his lover, a former prostitute plotting to turn the tables. Why he rescued Je-oh is unclear, but a slick-talking manwhore was definitely not part of anyone's plan. Regardless, Je-oh is no ordinary pawn. Now that he has entered the game, he will use every trick up his sleeve—or in his pants—to get revenge.

Why did the stalker choose Hyunsung? It began with gifts. First, candies, milk cartons, confectionaries piling outside his small apartment’s door. Then, the meals. Dinner cooked and waiting for him, perfectly timed for when he arrived late from his mundane office job. Soon he began to accept it, the feeling of being watched, like it even. But why him? Who is the stalker? Can Hyunsung really let this continue...trust him? Or is it all just a game…