A Country of Maestri - Recommendations 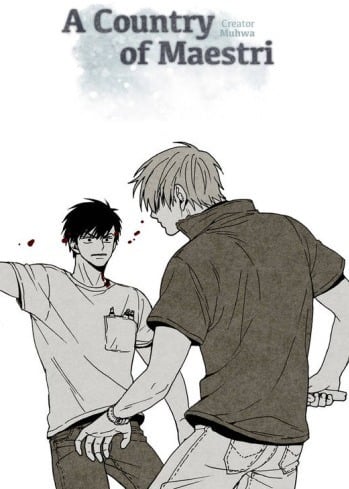 In a world where a person’s lifespan is determined by a clock placed in his or her chest at birth, people with the ability to manipulate these clocks to grant immortality began to emerge. Known as clockworkers, they are separated by those motivated by greed and those who want the world to be balanced. Each side wants to destroy the other and two brothers find themselves on opposite sides of the fight after a tragic accident in the past.

In a world where man and man-beast coexist, the violent king reigns ruthlessly over the man-beasts. Join the adventure to free man-beast from the tyrant's oppression.

Excuse Me, But The World Will Be Gone For A While

If the Earth is destroyed, who do you think would have caused it among us? This is the 18 year old male and female unfortunate survival game. That day, the world looked at us and told us to die.

A breathtaking action fantasy of Gods walking a treacherous tightrope across the undefined border between Good and Evil!! Or, put simply, just NONSENSE.

A man who isolated himself from the world for thousand years in the hope that he will become a human. A mountain spirit who deceived him for his own good. Now that they meet again after thousand years, the spirit finally tells him the real way to become human. While the man continues his struggle for becoming a human, the spirit tells him stories...

Curtain Call Below the World