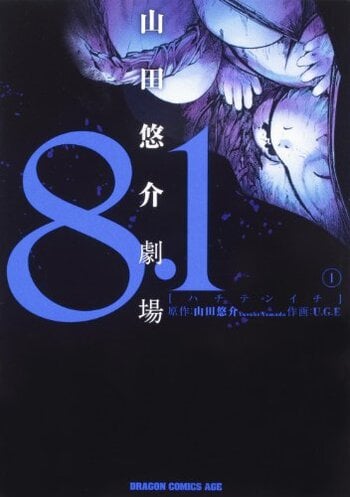 First off - this is a one-shot COLLECTION of short high-stakes games. NOT two volumes following the amusement park game. -.-* Get your synopsis right! (It was split into 2 volumes for English release, I was told - it is one volume in Japan)

Most of these shorts are pretty interesting, some very similar to Deadman Wonderland style, and I think they could have branched off more on those. A couple had good back-stories but of course are only 1 to 2 chapters long so you don't really get to enjoy it much.

If you're looking for a quick read, it certainly gives you that. The final game was the only one I found actually interesting, as it didn't follow the mundane trail as the others did.

Like Fear Itself, The Terror or American Horror Story after the third episode in recent seasons, the quality within would vary massively unless it's some sublime work of art that maintains consistent greatness throughout. That ain't happening. But this is more akin to Fear Itself with an episodic anthology rather than a seasonal one that sometimes has continuity. Some are good, like Soccer or Break, both the backends of their respective volumes while others like Picture Mail just seem to cut out in the middle of the story. I know it's short stories, but at least have a conclusion and don't leave us hanging! Jet Coaster, the only two-parter and has a conclusion while leaving a hint of more BUT it had a conclusion to the story it told.

But leaving conclusions aside, it's fairly predictable in most cases if you're accustomed to horror/high stakes games such as this. But it does offer some twists, unexpected bits and while not always compelling or shocking, it's alright for what it is. But then you get Picture Mail, where it's just repulsive. One bad apple will not spoil the bunch as you can just skip a story if you don't like it, but it's another example of the general inequality of it, even the story before it is so-so, but has characters you would actually give half a shit about (8.1, the title story).

There is some good to be had here, and it's worth checking those out alone for a quick 15 minutes (Soccer and Break again) but the entire thing? Definitely not.