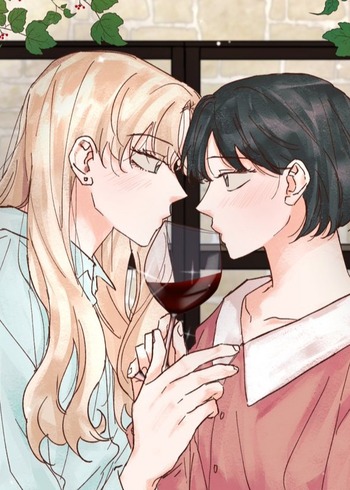 A five man band of thieves whose specialty is wine travel the world, appearing here and there under the name "Phantom Thief Levain" to save bottles of unparalleled wine from the villains who hoard them!

The Drops of God

Yutaka Kanzaki, a wine critic whose reviews have enough clout to move the industry worldwide, has died—leaving behind a wine collection worth over two billion yen. Only the one who can name his favorite bottles, plus vintages, will inherit this dream of a cellar. It's a battle between Yutaka's biological son Shizuku and adopted child Issei to identify these "Twelve Apostles"—along with the very best wine in his collection, the so-called "Drops of God."

Medallion Wine is the finest wine around; at least, that's what Jaye believes. She’s helped her dad in the vineyards since she was a teenager, and now that her father has passed away, it’s her turn to run the company. Except his will stipulated that the vineyard go her stepmother, and she’s sold it to the competing Holland family. Will Jaye find love at the bottom of the bottle, or will it be sour grapes between her and the new owner?

Having the Frenchman's Baby

In Alsace on a wine-buying trip, Rachel comes across a first-rate wine...and a first-rate man. Luc, the owner of the Chartier winery, introduces her to the flavor of love, which turns out to be as sweet as the high-quality Chartier pinot grigio. Rachel has met many attractive men in her life, but never one as perfect for her as Luc. Even though she knows that she will eventually have to return to London, she can't help but fall for him...until she finds out about his ex-wife and a dark secret from his past!

Sommelière tells the story of Kana, a poor orphan who works in a wine farm that is supported by a mysterious, charitable man whom she never met, known only as "Mr. John Smith". One day, a messenger suddenly arrives with a proposal from Mr. Smith: Either work in a restaurant in Tokyo, or the farm's funding will stop. Why is the charitable Mr.Smith suddenly threatening to stop supporting the farm? Will Kana accept the proposal? And what does fate have in store for her in Tokyo?