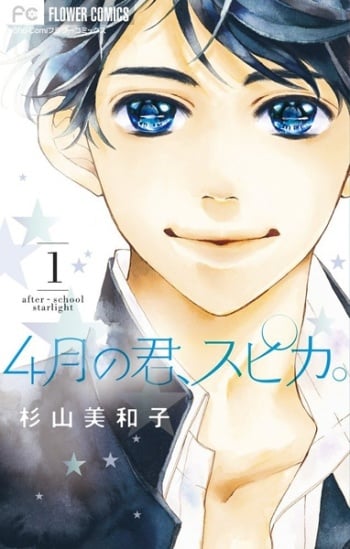 Sakura Ai has always loved sunflowers, as they appear like the sun, which incidentally also was the name of her first crush, Taiyou, in the 3rd grade. From since then, Ai has never had another love and has also become quite introverted, but after meeting a guy with the same name, somethings will begin to change…

Asahina, a member of the library committee is made to supervise her kouhai, Hayama, who is on probation for hooking up with a fellow student. As time passes, they become friends and maybe more...?

Nanase, a polite, a little old-fashioned girl, got a boyfriend for the first time. He, a pure and kind guy, is a good friend of her brother. However, both of them have no idea what they should do next... For Nanase, holding hand would be too embarrassing, and 'date' is something mature people would do.

Ever since she was young, Rinko has always been labelled as a 'Ohito yoshi baka' by everyone except for a young boy, Itsuki. Since then, Rinko has always had strong feelings for Itsuki but will he ever be like that angel-like person she met as a child or stay as the Akuma she has now gotten used to?

Under the umbrella, my feelings pour down like the rain...

Fumi is always swung around by her outrageous boyfriend Hayato. But even when the relationship seems to be in the verge of breaking, she continues to fall for him.