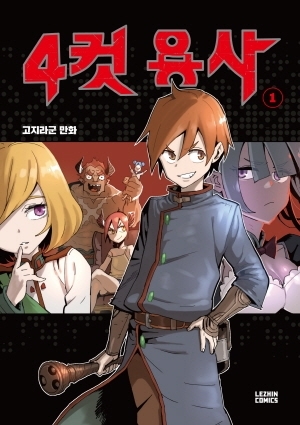 4 Cut Hero is a fun fantasy manhwa that I recommend reading because it breaks the mould which was created by the huge number of standard fantasy manga and manhwa we've been getting in recent years. To be honest, I feel like it's way too easy to spoil just that bit too much, so I hope I can get some people sold on it by talking about some of the points it's great at.

For one thing, it's not an isekai, reincarnation, time travel or other "second chance at life" story. The world is also not a generic ripoff of Dragon Quest and other such RPGs. It's a world with a wider variety of less clearly classified demons/monsters, for one, with a tighter link to the concepts of hell and heaven than most fantasy stories. All that while also having modern elements in the world, like normal T-shirts, maid cafés and of course anime and otaku culture...

...which brings us to the main character! Meet Zeed Toven, the hero who defeated the demon king before becoming an otaku NEET. 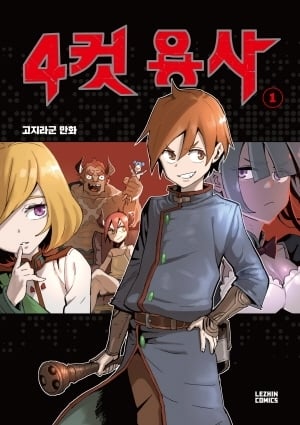 While the entire cast is pretty great (although mostly perverted), the MC is one of the most important elements and Zeed is a cool guy if you ask me. While he's a liar, scammer, pervert and otaku, he's also still a good guy. And it's interesting that, while strong, he isn't overpowered - to the point where there exist beings who are hard counters to him. Other characters range from likeable to pretty damn great and waifu materials.

The story starts out as a pretty generic "the hero needs to get back into the game" story, but the way it's brought is nice and flashbacks are handled really well to make the conflicts interesting... or just funny. Because, while there are "dark" and serious moments, 4 Cut Hero is heavy on the comedy. Be it just situational, perverted jokes, parodies, satire or the frequent trap jokes. 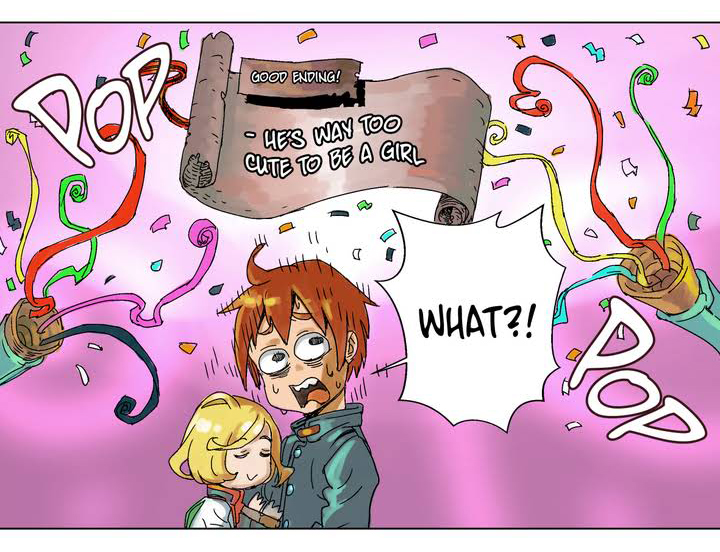 So if you expect a very serious story, this manhwa is probably not for you - even though it's interesting and a good read.

Art-wise I don't have all that much to say. It's often ok without being great, but it shines in the action scenes and the paneling is great - which is often a point of concern in webcomics that are made to be read on mobile devices.

Here's a sample of an early action scene

Overall: 4 Cut Hero is a funny, non-generic fantasy manhwa with likeable characters and a good story.

The comic can be read on Lezhin's official website. It's behind a paywall, but there are often times where episodes become free. 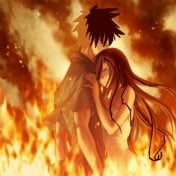 simple enough when lenzin launched I remember this was the series they used to promote it with good reason. I made an account to read this series. I downloaded the app to keep tabs on this series. I paid real money on an app I knew nothing about because this series is that good. it is amazing I just wish the author was healthier so they could stop dying and give us more. if a genie gave me 3 wishes my third one would be for an anime adaptation of this series. but enough gushing about this series.

Art: 8.5 I gave an 8 because in the start its quality is early 2000's webcomic however as the series progresses it surpasses mainstream manga industry standards.

Character's: 8 I gave a 8 because the series is a tongue in cheek satire of the fantasy genre.  this leads to a very colorful cast of diverse characters .... who all have a personality depth of a one-note joke.

Story 9.5: the story though is amazing a comedy series should not be able to make you cry like this series does. a series that has lude jokes every 5 scenes should not have combat scenes that are more epic than most mainstream shonen's. this series makes you feel existential dread and then has an epic battle turn the tide by having an otaku turn the tide of battle to save his anime collection that has been given out piece by piece to the troops.

put simply this series will make you laugh cry and wish that a certain author had a better con score.