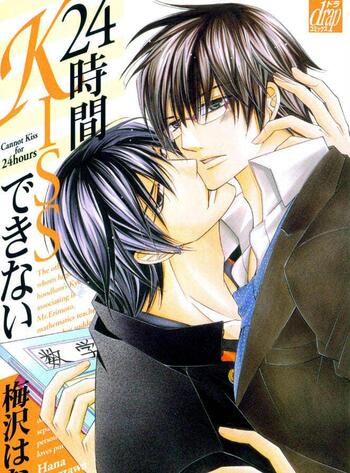 This manga is kind of ... meh. Firstly, I went into it with a bias: a teacher sleeping with his middle-school-aged student??? Reprehensible IRL, in manga though, I guess I can tolerate it enough to finish the story. Secondly, the artwork isn't really my thing. The main couple is pretty in an adrogenous way, the uke of course being the prettier of the two, but with odd kind of lanky bodies and unflattering hairstyles. However, that's not really my thing and I don't find the story nor the art appealing.

Nevertheless, I dove in and read both the main story and the side-story in one sitting. Both stories are actually pretty similar: There's an older uke and younger seme; it takes place in school; a teacher is involved in a sexual relationship with a student (in the main story the couple is a teacher and his student, in the side story, the uke used to have a sexual relationship with his teacher); the seme is at least a foot taller than the uke; the seme is much more emotionally-expressive than his lover and is the main pursuer of the relationship.

One thing that bothered me about both stories is that the characters in the main story seem to have a bigger problem with them being both male or that they are teacher and student than the fact that one of two is in MIDDLE SCHOOL and the other is an ADULT. Yick.

Both sets of characters act rather predictably and the plot is pretty tried-and-true. There's honestly not much to say about it. If you really like the mangaka and/or her artstyle, check it out, otherwise, don't bother.