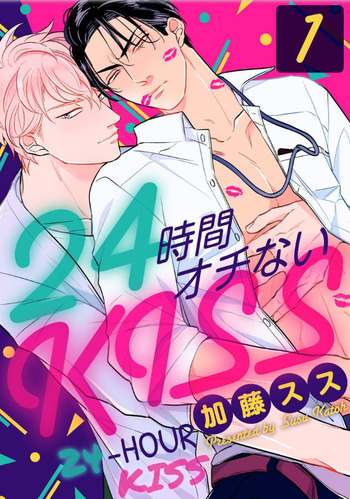 For Men Only!? Couple-Busting Agency

Amemiya Haruto always does his work half heartedly and never gets interested in anything. One day he goes for an interview to be a freelance writer. There he meets Honda Megumu, the recruiter. Amemiya finds out that the type of job he was applying to is not the type of job it seemed to be. Will Amemiya ever be interested and give his all into being the type of writer that Honda wants him to be?

You Better Not Run Before I Get My Way! Preyed on by My Scary Boss

Sakamoto, a rather boring businessman, dreads his boss. After being treated badly at seemingly random times, Sakamoto thinks his boss hates him, until one day, when he decides to go to the gym for a change of pace and runs into his boss. And what's more is that his boss ends up helping him with stretches, gets up close and personal, and then something between his legs gets... hard! Just as Sakamoto begins to think it was all his imagination, his chest gets touched and he gets a very steamy kiss, which throws him off! Is his boss serious? To top it all off, he keeps pushing himself against Sakamoto. If things keep progressing like this, will Sakamoto become a different kind of prey to his boss?

It Starts from the Inside

Sho Itoguchi, an office worker who runs a site selling urethra bougies as a hobby, finds his boss's name, Noriyuki Kiyama, within the list of prospective buyers. Later on, he brings some urethra bougies to Noriyuki's home and starts his "lecture" just like that. Despite it being Noriyuki's first time, he's drowning in pleasure in front of Sho. Sho can't hold back his excitement...!

First Night With My Beloved

"I promise I'll make our first night together pain-free, okay?" A loving couple struggles to have sex, but could today be different...?