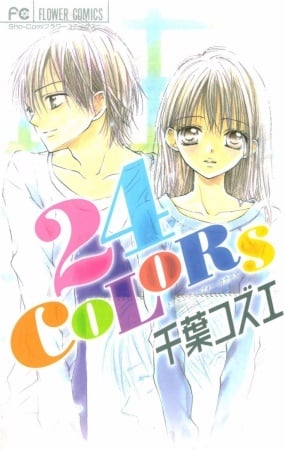 After abandoning a promising future career as an artist to follow the path of a teacher, Kamikura Hiroki is faced with the responsibility of supporting his cousin Hosen Elise, who has just recently lost both of her parents. To complicate matters the high school she is attending is the very same one at which Hiroki is finishing his teaching experience requirements! Elise soon develops feelings for Hiroki, but a new rival arrives in the form of the teacher Kikyo Kiri – a familiar face from Hiroki’s past. With two women vying for Hiroki’s affections, who should he choose?

Third-year student and guitarist Haruki Kitahara wants nothing more than his Light Music Club to play at his upcoming, final school festival. But soon, the other members quit, and Haruki resigns himself to playing one last solo jam session in the now-empty practice room. As he strums the chords of his favorite song "White Album", Setsuna, the school idol with an amazing voice, and Touma, an extraordinarily talented pianist, suddenly join the performance from an adjacent classroom and atop the roof, and Haruki becomes determined to keep the club going. Though one of the girls would rather avoid the spotlight and the other is a loner, Haruki’s passion wins them over and they agree to join. Now, with the performance date fast approaching, the trio spends all of their time together practicing, learning the joys of friendship, and the heartache that comes from falling in love with the same person...

As part of a two-day school fair, all the clubs at Yazawa Arts Academy are running booths to help attract new members. Akindo and its quirky members have pulled out all the stops to try and make themselves known, but when Tsutomu and Body-ko attract a lot of admirers to their booth, Mikako's jealousy explodes and casts a pall over the event...