2013: Dawn of the World - Recommendations 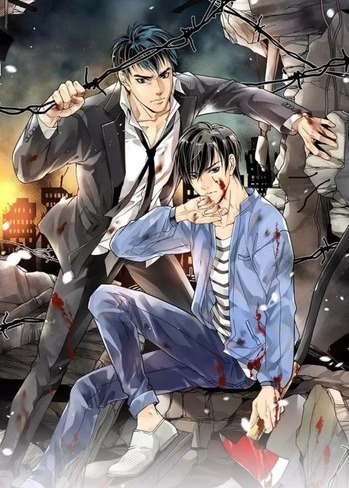 I Opened a Clinic in the Apocalypse (Novel)

Wen QingLing was sabotaged by his cousin and was pushed out to block zombies. He was bitten and his teammates fled. He decided to find an auspicious place to die. But while he didn’t die, the zombies around him did. Yes, Wen QingLing became a zombie, but he mutated. He breathed, had a heartbeat and consciousness, there was practically no difference between him and humans. He had authority over zombies, his wounds healed themselves, and his blood had special properties. Wen QingLing returned home to help his zombie parents regain their consciousness and restored their decomposing bodies back to their original appearance. They opened a clinic in the City of Zombies, and would only treat zombies or infected people. All it cost was nuclei. News that living people lived in the City of Zombies spread like wildfire. Someone said, “There is a clinic that only treats zombies.” Another said, “There is a doctor that can heal the infected.” Yet another said, “The living people there are all those who were saved after becoming zombies.” The survivors went crazy, they all went looking for their zombified relatives in hopes of a miracle.

In the slums where Ling Wen Xing and his brother lived, there was a zombie outbreak! His brother was infected by one of them, and Ling Wen Xing decided to join the zombie elimination squad to have a sustainable life. After experiencing many dangers, he awakened to the super apocalypse system. From then on he killed monsters and raised his levels to become the strongest!

The End Is Near

A sudden wave of zombies swept across the campus. The male protagonist was lucky to escape the initial man-made disaster, but could not escape the surging doom and suffering. The human heart, life, future, everything has become shaky. In order to survive, the partners joined one by one, and left one by one. This life is not easy, but doing everything, tired like a zombie, the corpse period is approaching. …

He wanders the streets where zombies roam.

Two highschool boys struggle to survive in the middle of a zombie apocalypse.

The world has come to chaos. An unknown virus haunts every living soul, and one man is determined to reach his beloved before it's too late. His journey takes him closer and closer, but he faces adversity and strife. That's when he faces reality. He sees the world around him. He sees a world faced with something more dangerous than the virus.