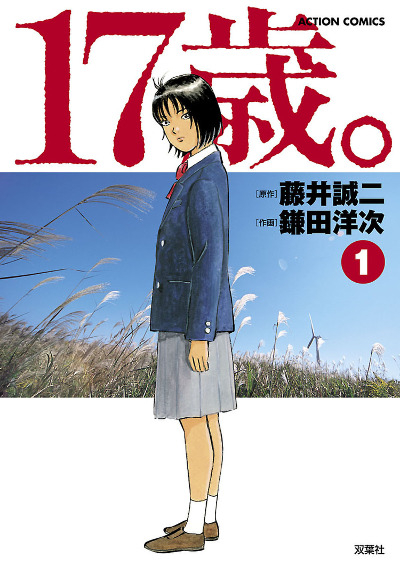 When their parents remarried, Shiina gained a little stepbrother 5 years his junior, Kazuya. Kazuya is a picky eater and only eats the food prepared by Shiina, who is a chef. But as Kazuya grows older, he became more and more distant, leaving Shiina feeling at a loss from the growing distance between them. When Kazuya enters high school he completely changed and even raped his brother! Shiina is shocked that is little brother violated him and runs away from home.

A suspense series about a beautiful girl with fresh blood. A girl with rough life circumstances makes a life-altering decision for the worst. In this tainted world, I shall live with the Original Sin of Purity.

Business photographer Yoshiki, has a phobia of being in love. However, to satisfy his sexual desire, every night he gets together with a different person. His assistant, Shougo, who is younger than he is, has also fallen for him. Shougo doesn't just want to play with him. In this situation, what should he do...?

Kanoto, an exclusive writer for Disaster Jewel (D.J.) which is headed by Yokuna and Kagari, but writing is not his only job...

The Voices That Call Me

Kaoru is an ex-manga artist who for the past fifteen years has shut himself away in his darkened room. However on one hot summer night, the recluse hears voices calling to him and he decides to leave the house for the first time in over a decade...