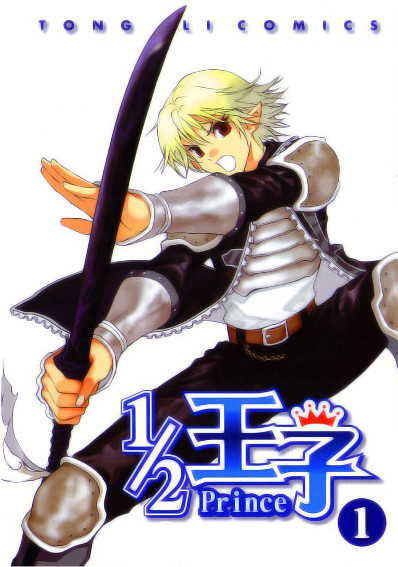 The story is exciting and a wonderful near origin to the whole "in a game world" trope. The mc is funny, willful, and perfectly imperfect. The world of the game has fun twists and comes alive and for the most part there's little pacing issues.

Art is nostalgic and quiet pretty, although I get why it might be a lil harsh for folks who stick to webtoons and recent releases

Characters are distinct although they are archetypes, mc is cool as heck

But listen, I gotta say it. While I loved this comic and I've read it over a 3 or 4 times I kinda am still uncomfortable with how it made the gay character straight in the end? The "I love you so your gender isn't an issue" is a total valid feeling but in writing it as a solution for the gay character it also kinda erases the whole purpose of his sexuality to begin with? Don't get me wrong I like the coupling for the most part and I think this does a pretty okay job for the time it was written. I just think stuff like that is good to know for anyone thinking of reading who hasn't picked it up yet. (Which is why I didn't put this in discussion) nothing necessarily wrong with it and I did ship the two so I'm a bit conflicted. Like why not just make him bi/pan/demi? It makes it so much easier. Instead now I have Moonbrain

1/2 Prince gives out an interesting plot about a girl named Feng Lan (16yr old) who plays Second Life (A Virtual Reality Game). She plays as a male elf (and keeps it a secret from everyone that she's a girl in reality), capturing female's hearts unwillingly *cough* ...Anyway, she creates a team called Odd Squad (Yes, that is also the name of the translator group who translated all of 1/2 Prince..Godspeed to them.) that consists of Lolidragon, a female hidden game moderator; Ugly Wolf, a beast race Priest character; Doll, a necromancer; Guilastes, a bard; and Yu Lian, a female mage. She then dominates the game with some...help other than her team. Then in-game, a guy falls in love with her, but he does not know that she is a girl in reality. Her help gets controlled and could no longer help. The story then reaches a climax where she has to make a decision: Save the creator, or kill him with her team. Later, Her feelings are then challenged as she is faced to choose: "Which one should I love?"

Okay, I dropped easterhints but I tried not to spoil anything majorly. My summary could be a bit questionable but I'm going to leave it as it is. The characters developed exceptionally (and fanservice to those who like uhm hum). On another note, you shouldn't question the logic later (Chapter 70ish+) in 1/2 Prince... I have no real response to it as it is cray-cray-hilariously-bizarre. Example: Technology gets to the point where males can give birth... (but the story did go derpy from there-on and the atmosphere totally tilted.) The newer ark is from another perspective and isn't through the main characters. I love this manhua and so should you. (Or...atleast try.) 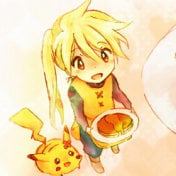 There is a new virtual reality game, meaning you are in your game, somewhere in the future called 'Second Life'. A college girl, Feng Xiao Lan (and her twin brother), start to play and Feng Lan is the first one to log on so she got to be a male character and a bishie (the only tranny in game) and every girl falls in love w/ 'him' at sight ;D She even got her name to be Prince... yadayadayada... She meets people and they become her friends. The games very much like this MMORPG, Maplestory and i would so buy Second Life if i could. First i thought it would just follow the story of Prince and the end would be when she reachs the cap level but NO theres 'self aware' NPCs and i dont really get how that can happen, but oh well. So theres a super self aware Npc and hes making humans in game disappear from the game, then prince and 'his' friends (and subjects (; ) go to defeat him. BIG SUMMARY. Its a really great story that puts a twist in a super cool online game. Theres LOTSA LOTSA HuMoR! and alot is vulgar ohoho ;D becuz prince is male when shes actually female in reallife, and male and female players fall in love w/o knowing he's a girl lol. Princes nickname ingame is 'Blood Elf' ...ohhh i wonder why ¬_¬

[this part is for the gaming part] [those of you who arent computer/videogamelovers you probably shouldnt read 1/2 prince... Second Life: You choose a race, hair color, skin color, job, but you cant change looks cuz you are your charcter, if that makes any sense. you can only make one charcter. (There are TONS of races and jobs) You level up by killing monsters and you feel your character's pain D; i hate pain lol. You get equipment and weapons, do quests, get pets etc etc etc etc. Sounds fun!! ^^]

The art is cool and i like it. Prince is depicted most times as a cute bishie that all the girls like but thats not really his personality ^^ This manhua is one of the better ones  in terms of art. The artist sometimes decides to make Prince with taller cute eyes when not in battle and talking with his friends and when in battle and splatting blood of monsters eveywhere (hence 'blood elf') he tends to look super sexy and cool lol. The girls are allll pretty, bigboobs, cute face etc ;)

The characters are not really stereotypes. Like Prince is supposed to be 'perfect bishie' but his/her personality is... hmm dunno how to explain.. well of course she he cares for his nakama alot. He is a dork and is alot of the times comic relief :). Battle style: Gore people and monsters up, soak self with the victim's blood, kill things like horror movies (he said so himself lol) laugh and smile evilly all the whilst >;D... so yeah, again, hence the name 'blood elf'. Prince(well, Feng Lan) is meh favorite character *^* Btw Prince is a warrior. Princes Odd Squad: Lolidragon, Ugly_wolf, Gui, Doll, Yu Lian. Lolidragon is like a loud mischievous pervy but pretty lady whos a thief. Ugly_wolf, race is wolf(beast) obviously, hes called Wolf-dage (chinese for onii-chan :D look up how to pronounce it) and he is like a smart oniichan (hes the priest). Gui is one of the guys who likes Prince and is 'gay' but not really. Hes a happy go lucky guy mostly and likes to exaggerate things and likes being beat up by Prince lol (and he's the bard and a bishie). Doll is a cute small girl thats a necromancer. Doll loves being the pretty girl that fights for 'Love and Justice' xDDD YuLian is outwardly shy and gentle-ish but is bossy and is the major miser of the group. She has weird sense of beauty saying Wolf is prettier than Prince or Gui. theres a buncha other characters but this review is getting much much too long -.-

Well this is ONE of my favorites and i wish they would make 1/2 prince into an anime >.< I spend almost as much time playing computer games as watching anime/reading manga so i enjoyed the settings and stuff. And its super funny :DDD You might not understand it well if you dont get game terms (theres actually tons of people who play maplestory o.o) but i really recommenddd thisss one!!!

I have just finished reading 1/2 prince. It's not a manga, because it's Taiwanese, but it's awesome. Full of bishies, some BL goodiness (but none of it is really BL, every guy who seems to be in love with a guy is actually in love with a girl), boobies, great action scenes, romance, and HUMOR HUMOR HUMOR. And it even taught me expressions my WoW-fan brother kept saying but I never understood.

I can only recommend it.

to tell the truth i like this manga. but i cant see passed its flaws. in the start our main protag was given the name blood elf. Why did she love blood so much? When she got the tiara it said it would become a tool but it was just a deceration for the most part. we need more of an explanation of our main character. we see her but do we understand what see truely is. we can make up anything to fill the gaps but everything she does coms out of lrft field. she may look like ahe has pure intentions sometimes but she says some morbid things that makes me question everything i know about her.

Also i hate the next story ark. it ruined the entire point of the manga. what happened to makeing a legend and proveing your worth. its not just about changing grenders. those kids dont know how hard it was to be a legend or have the guts to face enemys.