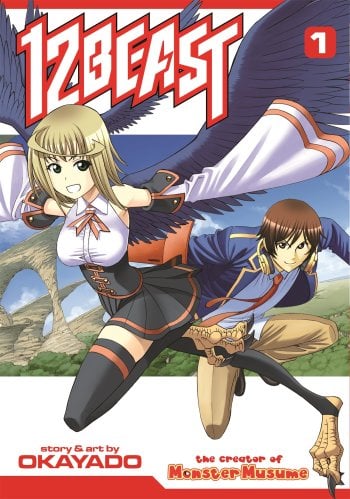 The OVA will adapt the manga's chapter 17 from the fourth volume, where Miia, Cerea, Mero, and Kurusu go to the gym's pool.

When a hapless human teenager named Kurusu Kimihito is inducted as a "volunteer" into the government exchange program, his world is turned upside down. A snake-like lamia named Miia comes to live with him, and it is Kurusu's job to take care of her and make sure she integrates into his everyday life. Unfortunately for Kurusu, Miia is undeniably sexy, and the law against interspecies breeding is very strict. Even worse, when a ravishing centaur girl and a flirtatious harpy move in, what's a full-blooded teenage human with raging hormones to do?

In a world bursting at the seams with moe monsters and humanoids of the horned sort, which brave heroes will take it upon themselves to review the beastly babes of the red-light district? Can only one be crowned the ultimate title of best girl?

Peter Grill is the world’s strongest fighter and women around the world, human and monster alike, want to bear his children! Since he’s currently engaged to the love of his life, Peter isn’t too keen on his sudden popularity...