10 Years That I Loved You the Most 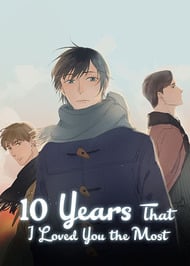 I've loved you the most for most of my life. Now I am a piece of crumpled paper in the corner you would never glimpse. I thought you would be my today and all of my tomorrows. I imagined that someday you would turn around again and stare at me with all your love. However, when our love is gone, I'll just pick a sunny afternoon with gentle wind, put on my coat and leave for good...

Makes my heart aches every time I even think about this story, it was absolutely beautiful. Lots of ups and downs. I wish the best for the MC. Fear warning to anyone who wants to read this you will cry but it's amazing and I feel like everyone should read this.

Painful. Very painful. It's one of the few yaois that actually tells a story about a couple long after they got together AND how, despite the tender memories from the past, two people can still fall out of love. 10 Years That I Loved You the Most touches on the theme of people changing, and sometimes, not for the better. When you decide to commit to someone, there's always the possibility that you two won't be able to grow together, but instead, apart. And that's exactly what happened to Lewis and Aldof; two people that ever so slowly fell out of love with one another. Seeing their relationship crumble before our eyes was absolutely heartbreaking, mainly because of the staggering reality of it. *spoilers ahead* In the end, I'm a little disappointed that Lewis never really let go of Aldof- and I get that they've been together for 10+ years and that type of love is hard to move on from, but the abuse Lewis suffered at the hands of Aldof was just sickening and unforgivable. It was downright criminal some of the things inflicted on Lewis, and it's just so sad to see him rot away, pining for a past that is no longer.  From an outsider's perspective, there is nothing Aldof could've done to redeem himself. While it was Lewis' health that killed him in the end, it was essentially Aldof who killed the life in Lewis' eyes long before his health ever did. I keep thinking that Lewis didn't have to die- he could've treated it earlier, done chemo, taken proper medication... all of these reasons that linger on "what ifs." But in the process of dying, Lewis didn't even try to get better. He didn't even want to fight to live. There was no hope; nothing strong enough to stop him from crossing to the other side. Lewis simply gave up, and we all know that it was at the same time that Aldof gave up on their relationship. I also think the author wanted to try and redeem Aldof a bit in the final episodes, but I simply can't find it in my heart to forgive a cheating, lying, abusive, raping bastard. He can go fuck himself and rot in his misery. I truly hope that in the next life, Lewis and the Doctor, Ivan, can meet again in better conditions. Their relationship really was too short, and time was so cruel to take Lewis away so soon. The part when Lewis says to Ivan: "I won't forget you. If there are really souls after humans die, then I will follow the fragrance and find your yard and living room. Then guard the door and protect you," really was the nail on the coffin. That tore me apart. Anyway, 10 Years That I Loved You the Most is definitely a hard-hitting and tough read. It's a rollercoaster of emotions that never borders the dramatic, rather, it's more of an achingly slow pain that spreads through your heart.

Kay my heart hurts so much rn but Imma just go ahead and point this out:  Lewis: This precious sickly bean only sees his body as the only worthy asset left of him, he demeans himself whenever he does that pls look at your other qualities my bean you managed to capture two men after all. Occasionally wallows in self-pity (understandable) thru statements/thoughts on his approaching death YET can still stand up for cheater jiang, that's a commendable fortitude acquired during his time of mistreatments. Jiang: Irredeemable cheat, one who rather sleeps with whorin bitches when he has someone like Lewis literally waiting for him; didn't deserve him at all, only after getting stripped of Lewis in his life had he finally realised how much of a douchebag he has been. His punishment? Trapped in his own eternal delusions. Doctor Ai: A respectful man, doesn't coerce, knows consent, and a caring sugar daddy-Lewis's romantic savior. 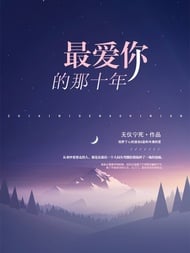 The Decade of Deep Love (Novel)