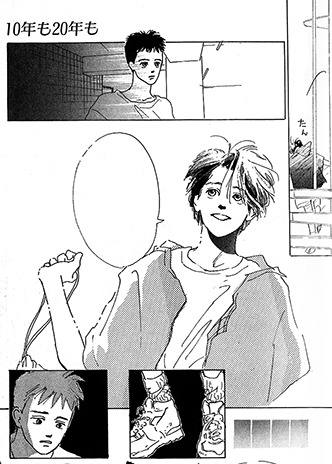 When Mizuoka sneaks into the pool after hours for extra swimming practice, he's caught by his classmate Hino! Hino agrees not to tell anyone he's broken in, provided he teaches her how to swim. Mizuoka agrees, and, though he finds himself liking her more and more, he really needs the extra practice for his swimming club status. Will Mizuoka's dedication to his club ranking destroy his chances with Hino?

All the girls are crazy over the swimming prodigy Wakatsuki Ran. Ageha, who wants to find love but isn't really looking that hard, bumps into him one day, and after surviving his sarcasm instantly pegs him as a "stupid, obsessed swimmer". Nonetheless, she is amazed by his talent and asks him to teach her to swim like him. How will their relationship develop?

Touko has loved swimming since childhood. However, as she enters her final year of high school, she realizes that she won't be able to become a professional swimmer. But in her last national inter-school championship, she meets up with a certain Haneda. He is none other than the boy she once loved...