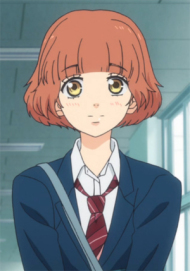 mid futaba and her mid

Bitch please, neither Futaba or Yuuri were cute:)

So youhate her for liking the main male character, and likes him enough to tell her friends and make some attempts to pursue love. Meanwhileour main female character....

Ok no I take it back. In the anime she's really annoying, but in the manga, she's improved. She finally moves on from Kou and is being very supporting of the relationship between Kou and Futaba. Whenever Touma ( a boy that likes Futaba ) tries to talk to her, Yuuri gives him glares for him to back off as she does not want himt to get in the relationship between Kou and Futaba. But that was before Kou rejected Futaba ( for Narumi ).