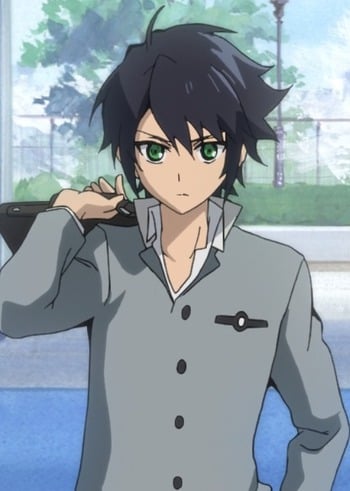 eren is that you ?

I hate this dude. He's too nice.

I adore Yuuichirio and he's a big comfort character for me, however, I am going to be completely honest with his character here. One of Yuuichiro's main flaws is how hellbent he was on getting revenge for his family, so much to the point that he would disregard what people said to him to become a better member. Yuuichiro would also push people out and not accept them into his life at the beginning, but I can understand this, he has trauma and he is haunted by the death of his family members. The reason why he is like this is that he never allowed himself to accept that he isn't at fault for what happened and he isn't a bad person for running away. As for him pushing people away, I think that's a result of him not wanted to get close to someone just to have them be killed before his eyes.

I love him as much if not more than mika...why is he getting so much hate