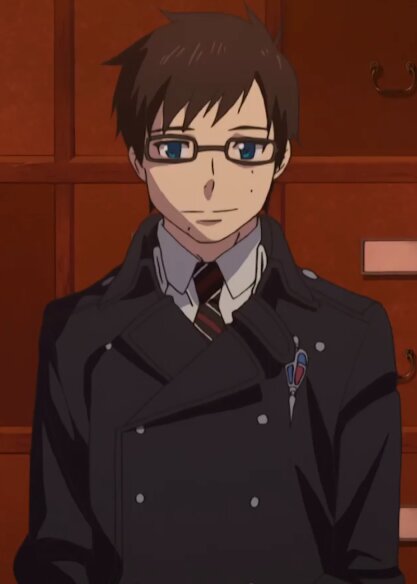 As the youngest exorcist in history, Yukio is an instructor at the Exorcist Cram School. Though he's a spawn of Satan, the teenager is human, unlike his twin, Rin, who inherited their father's blood. Yukio is skilled at exorcising demons with a gun and can dual-wield if the situation calls for extra firepower.

The boy was trained at a young age to become an exorcist by his guardian Shirou and is close to Shiemi, who refers to him as Yuki. He's highly-intelligent and tries to be Rin's voice of reason, as his demonic sibling's brash nature can get quite out of hand.

Oh I hate him so much bro! Just read the manga 😤

he’s the big brother he can be uptight sometimes but he tries his best to prove himself and be strong.

At the beginning of the series I didn't mind his character, but as the series progressed I really didn't like him. I found him to be incredibly petty, as well as hypocritical.  I felt like he was constantly trying to act superior to Rin, instead of actually helping Rin, it was more of an ego trip for him.