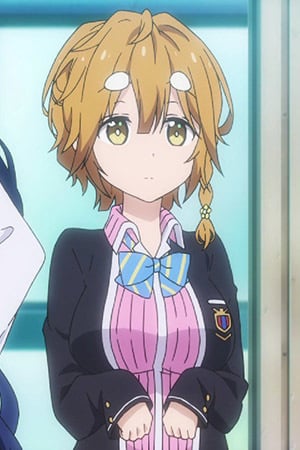 Yoshino is cute and funny :D

Yoshino is so cool I want her to end up with masamune! He and she deserve better! o(╥﹏╥)o

Although I know this probably won't happen, I want Masamune to hook up with Koiwai after he dumps Adagaki. She's the cutest one there and really reminds me of rem from re:zero. I mean, they're both maids who serve the girl that the MC wants to f***, have the same VA.

Koiwai was the first girl the MC really interacted with and it SEEMS as if Koiwai likes him. Not too sure doe. There are some moments that seem like they give it away, like the black coffee scene or the one where she shoots Masamune with a BB gun, she runs away without saying anything, and when the fat kid appears in one of the episodes she really seems sad that she may of possibly ruined Masamune's revenge scheme.

This is a hunch, hopefully for just now. I really want to see them two get married. Masamune and Koiwai just compliment each other so well!