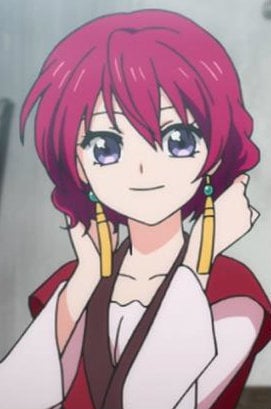 she is crying too much? you probably didn't even watch the anime lmao. i gotta say you are just a goddamn sexist and checked out this inspirational series only to be an awful fangirl of male characters. yona is literally one of the BEST female characters ever without doubt. i'm pretty sure anyone who talks bad about her would NEVER act as strong as her if what she has been through happened to them. king il was the one who didn't let her know what the hell is happening behind the walls of the castle and just spoiled her. but what makes yona an inspirationally written character is, even though she had hak and would still could continue to do literally nothing and being a spoiled teenager but she didn't.

i did read the manga a few times and i love soo-won but however yona is the real ruler of kouka in my eyes. soo-won acts like a lone wolf and i actually really respect him because of this but for me, a real ruler is the one who is always with their people. the one makes new friends while traveling to different places and even risks their life to save other countries' people from their own country. as much as i seen in this manga yona is a real leader, an amazing female lead and the BEST character of the series. since there are some obvious developments in the story and yona's character even more in recent chapters, i hope kusanagi-sensei going to make her formally queen soon so every sexist out here shut the fuck their asses up <3 if you don't like yona, just drop this manga. you don't deserve to see this masterful character.

All I gotta say is manga Yona is a badass bitch

gurl you cry way too damn much, starting to get annoyed ..

halfway through first episode and all i gotta say is what- the- fuck-??? imagining liking your couins LMFAOOO PLZZZ