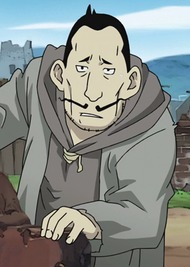 right? he's fcking hilarious how is he rank #96 in dislike he didn't killl anyone bruh

I unironically, no shame, fucking love Yoki. Ahh, underdog characters are the greatest!!!!!

hes sexy but in a rat kinda way

I think most of the hate came from the 2003 anime series where he gets killed off like a chump that he was, leading to more troubles for the Ishvalan refugees. This happened after he saw Scar and ratted him out to the military.

It was Brotherhood which was based from the manga all the way to the end that he gets to redeem himself.