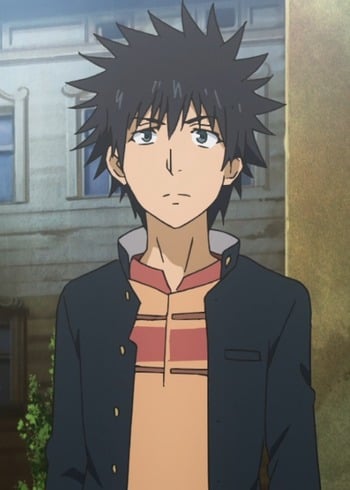 Classified as a level 0 esper, Touma always believed he has no psychic powers whatsoever. His involvement with Misaka meant he discovers he actually possesses Imagine Breaker - something that can stand up to a level 5. Trying to live a normal life, his kind nature often brings trouble to his door and his bravery means he is willing to take whatever, or whoever head on. Although cursed with bad luck, it seems that many women find him completely irresistable!

One of the best characters that is ruined by the anime.  No wonder there are so many hate comments. Most of the people here probably haven't read the light novel. But that still doesn't mean that he's a great character IN THE ANIME. Most of Touma's personality comes from his inner thoughts. But since the anime directors decided to take that trait off of him, he's just a boring character. Even in the Railgun anime spin off, he's a better written character!

This guy has all the stereotypes of shounen protagonists and nothing added to his personality. That makes Raildex painfully boring experience.

ah another advocate of the gender equality movement...nice Touma-kun! :D