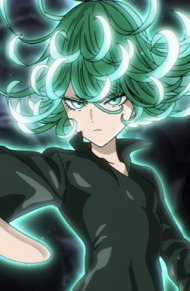 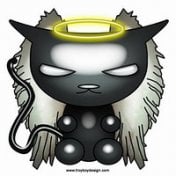 Going purely by season 1 and 2 of the anime, she's by far one of the most unlikable characters in the show: a hubris-filled domineering brat that literally turns up her nose at everyone else, browbeats those around her for fun, and uses her powers for purely selfish reasons.

Thankfully, she manages to save people on occasion as an unintended consequence of using her powers for her own amusement.

I'd rather be saved by Puri-Puri Prisoner.

Why is she always abusive!? I grew up in a life where I'm always critized for somethig that isn't my fault, And that's what Tornado always does to other heroes! So yeah, she deserves to be killed off.

Best girl by a long shot