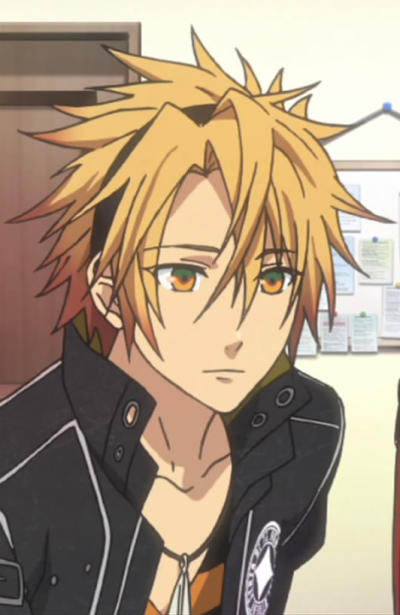 At first he seem so nice but one episode later...Ta Da! He lock the heroine in a cage.....it surprise me to be honest I didn't expect that.Still like him though.

I don't know why but i really like him. I finished all endings and after everything he did i still love him... But really He did so many things... SO MANY! I don't even want to talk about his own route.. But its not just that in Shin's route he just threw heroine from cliff and in one Shin's bad endings he KILLED her. In secret route when Ikki's psycho fans threw ink at me i just said 'uh just they threw some ink thats all' AND HE JUST LOCKED ME CAGE AGAIN WTF TOMA!

I still love him... I don't know i find it sometimes funny when he comes out nowhere and do some yandere things, he and psycho Ukyo is everywhere lol. Maybe because of his voice, its same with Kamui.

Lets be honest here, you all fall for his normal personality, he is so cute. I think his route was really exciting. So don't hate him so much he is just a little cute yandere lol