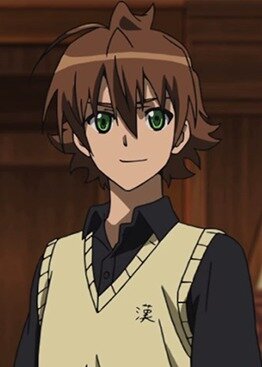 All I see is hate for this dude but honestly he doesnt deserve it. In the anime he's pretty much just a normal male lead, but in the manga I respected him more because he never stops changing and growing. He also gets an ending that was unexpected but I enjoyed much more than its counterpart in the anime.

I dislike him because he's annoying, he takes screentime away from more interesting characters, and he becomes so unbearably annoying when he starts dating Mine because their relationship was incredibly forced and rushed.

One of the most annoying MCs. He had the opportunity to kill one of the most powerful enemies who killed thousands of people, but he didn't. In ep 14 Tatsumi didn't leave Esdeath on  island where they were fighting with monster. If he did it, Night Raid would have got rid of the biggest problem. Esdeath was the strongest general in the empire, so without her it would have been easier to kill Honest and the others.He also had the opportunity to get her to his side, but he couldn't. He could tell her that he loved her and convince her to change sides. He irritates me with pretending to be a hero. He could be an assasin.

He's kind of plain but I really liked him.