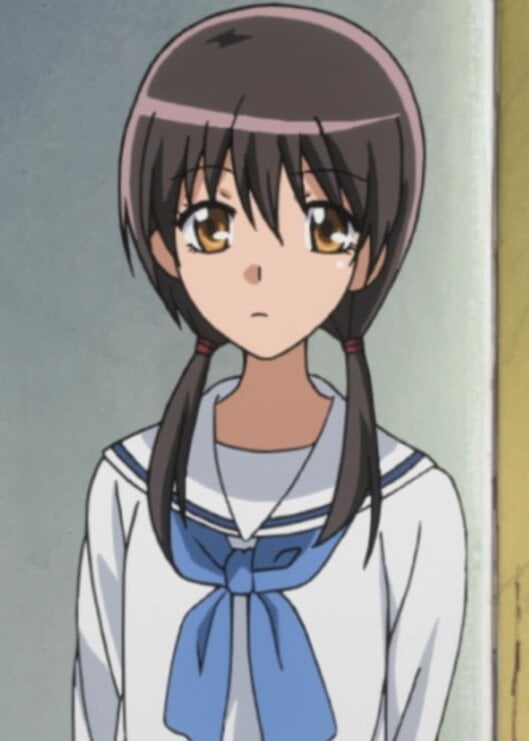 There's something so right about her flat affect. The lack of surprise or any emotion is funny to watch.

Lol never knew people hated this character. I personally like her.

She's nice enough, but I find her relevance in the anime very nonexistent. She is annoying and her weird obsession is just that. Weird. It's also stupid and feels unfunny to include...whenever a scene with her comes in I'm just like...filler that is taking the place of Misaki and Usui time, or time with the moron trio!

If there's one character i hate the most in this anime it's her.Now most of you might be wondering why would i hate this harmless, sideline character?This character is the most boring,fake and plainest character i have ever seen and u will ever find in any movie/anime/tv/whatever.All she does is win various, numerous amount of prizes from mail/lucky draw submission which the prizes and how she even won so many doesn't even make the least bit of sense but she seems like she doesn't care much to even be alive at all. There is no character development, story and absolutely 0 personality on her. She's so boring to the extent that it pisses me off. It's the first time in an anime. There are other anime characters that are boring as hell but this one just stands out like a sore thumb.