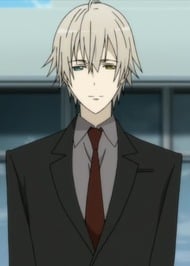 Lmao the amount of simp energy radiating off this guy is... overwhelming. But I don't mind, I still love him <3

I usually like male characters, especially youkai, except... No. I especially like guys with heterochromia. And certain voice actors will increase that.

He's a bit too much of a creep in that way. But hey, maybe I'll like him more as the anime goes on, but I might just have to drop the anime because I currently hate both of the lead characters.

I won't even get a chance to meet a few characters but I guess sacrifices must be made.

I kinda see Kyon from Royal Servant in him.