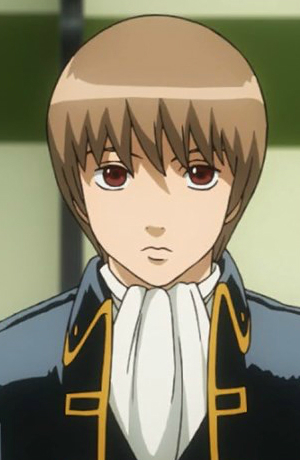 Although his demeanor is a little childish, Sougo is actually the most fearsome swordfighter in the Shinsengumi - even if he uses a bazooka from time to time. His dislike of Hijikata leads him to cook up many sadistic tricks to humiliate the guy, earning him the reputation of a cruel trickster. After a game of Janken Po, he considers Kagura to be his lifelong rival, and will challenge her any time, any where!

I love him so so much... He looks like a sadist who doesnt care abt anything (and in fact it's a little true XD), but at the end is just a kid with a bunch of insecurities about the others' affections  and who probably had never been able to be the kid he was -since he joined the Shinsengumi around 8...-, and thats probably why he acts always that childish

He is the coolest sadistic anime character. Totally wish they could have made him a main character.