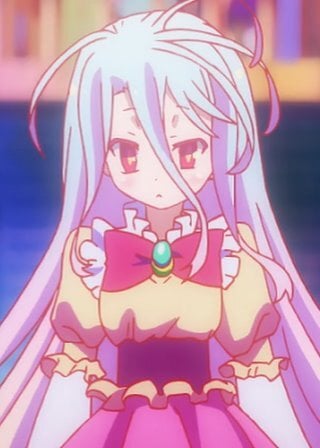 I entirely agree, and I am sorry for assuming you were referring to me.

Morals are subjective, so what is acceptable varies from individual to individual, but I completely agree from a personal standpoint. My sole intention was to share a solid speculation I heard, not to promote the author's tactics; I state this as a victim of child molestation. I feel it was incredibly unwise to sexualize her for any reason considering the inexorable (and debatably warranted) backlash and cancellation in which it would result.

I conversed with a user regarding Shiro's sexualization, and they presented an intriguing point. This franchise parodizes elements of other narratives of its genres; it shamelessly features its characters in a "NSFW" fashion whilst simultaneously treating them as "SFW" to jab at anime akin to Plunderer and High School DxD which normalize sexual misconduct; however, the writer attempts to execute this effort as light-heartedly and inoffensively as possible. While I find the sexualization of a prepubescent child odious, I will excuse it because it is not crucial to the plot, and the sole, visible intent behind it is lampooning.

On a secondary note, I detested this character until more than halfway through the anime. Within twenty minutes of a specific episode, I began to love her. Her backstory resulted in an epiphany --- this anime contains profound and insightful content which is masterfully concealed by fan-service, satire, and expies to appeal to both intellectuals and casuals alike. Shiro is a stellar example of somebody for which society was unprepared. Her insane intelligence was treated as a mental condition by adults because her ideas were beyond their neural capacity of understanding. They felt intimidated. Most of the world's geniuses are regarded as imbeciles until centuries post-mortem, and this cripples them at times, resulting in said geniuses becoming unmotivated, which masks their intelligence. They are oppressed because they refuse to conform to the system. Few characters in anime cover topics such as this, so I was elated when I discovered the author had brain cells.

Another aspect of her character I like is her reason for being attached to Sora. He was the sole person who could empathize with her; they were both ahead of their time, trying desperately to find a societal niche without discarding their respective identities. It is genuinely sensible for them to possess sibling complexes towards one another. The author wishes for us to believe it is solely for fan-service and the like, but it is not. I never imagined myself defending this show, but I cannot lie to myself anymore. It is excellent at pretending to be horrid.

An intelligent, admirable character. The only problem was her fanservice because we don't need to see an 11-year-old stark naked.