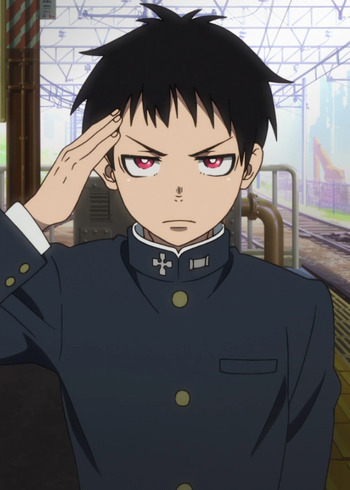 I'm on the first episode and this one here scares me

shinra loves his family so much that he'd do anything to get his family back oml such an angel. precious angel

I hate his guts so much that I had to come here and mark the occasion, his whole personality is force beyond belief, he reminds me of a Harem MC except he is in a shonen, everyone is draw to him and interested in him, his team and even captain are background characters even amoung the other captains and teams, everything about him and his motivations are bullshit.
This is the first MC that I dislike more than every single other character in the show to the point that I watch the show despite him being in it and would very much prefer a spin off without him

Such a strong heart to go with his abilities.  He and Arthur both live their dream, him to be a hero and Arthur to be a knight. I love how the show keeps him at stupid boy level and allows him room to grow as a person.  Plus, his naming ability is tops, lol!