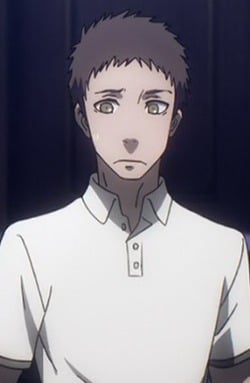 I feel so bad for this character - Spoilers - If I was in his position, I would have done the same thing, perhaps worse.  All he wanted was to protect his little sister.  Yeah, what he did was bad and sinful but like the main girl said, if you keep pushing to find the dark side of someone then you will get it.  My unfortunate little boi, deserved better.  Nothing wrong with him.  I am so angry that he went to hell, sure, he maybe could deserve it in Decim's eyes, but I wanted him to reincarnate and meet his sister again.  Probably the only moment in the whole anime where I though "f*ck you, Decim".  Ofc, I don't hate Decim since it is the system's fault really and maybe I am being to emotional but yeah.  He had a horrible life, working at a young age trying to support both himself and his sister, then she gets raped- and that other dude just freaking watched, like no sh*t he is gonna wanna f*king kill him.  The rapist is horrible as well, but the other dude just watched I-  I was happy that he went to the void as well so thats that.  But it hurts that he thought he was right until the end, never apologises wtf.

Disclaimer: The anime is amazing, this was just my childish rant.  While this is the saddest scene, it is also my favourite since it made me feel the most emotions.  ^^ I wouldn't change it