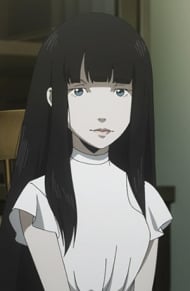 @Epimondas, aren't you seeing things with only your perception of what's considered intelligence?

Apart from that, I think her actions were thought out instead of being impulsive. She bought the knife exclusively for that reason and she also planned the behaviour of Seiji and that's why she told him the knife was a tool for him to free himself. She's actually a manipulative person, sadistic and someone who thinks beforehand.

She maybe smart but even without the suspicion of murder on her, she is super creepy.  At 13 she entraps a relative in something unspeakable and frankly, given her maturity and intellect it is hard to saw with certainty who is more responsible.  Was she reallly so smart?  Smart people usually don't have total breakdowns and lose cohesion of reality or do stupid foolish things that could scar them for life.  I am not seeing her brilliance here.  If you are truly smart, you would have a bit more control over yourself and a strong mind not so easily warped like hers was.